(STACKER) – Catastrophic weather events can follow predictable meteorological models, but the difference between rain and snow can be razor-thin.

When such events—especially winter storms—occur in remote areas, in states with traditionally warm temperatures, or spring up out of season, the results can be disastrous and expensive. States like Minnesota, Wisconsin, New York, and the Dakotas are accustomed to harsh cold weather conditions, but southern states like Louisiana and Texas tend to be wholly unprepared when ice, sleet, and snow strike.

Utah’s Skinwalker Ranch most searched landmark in U.S. on Google in 2022

One perhaps need look no further for evidence in this case than the fallout of the 2021 superstorm that knocked out power all across Texas. Even when storms are accurately predicted, only so much can be done to prepare for the impending weight of snow on roofs and power lines. Add high winds and low visibility, and snowstorms become full-blown blizzards, capable of shutting down major roads and collapsing buildings or power transmission towers.

To establish the most destructive winter storms of the 21st century, Stacker consulted the National Oceanic and Atmospheric Administration’s Storm Events Database from 2000 up to April 2022 to rank storms according to the dollar value of property damage across the states affected. Winter storms may include multiple events across different National Weather Service zones. Damage estimates are summed from all events considered the same storm episode according to the NOAA.

Read on to learn where and how winter storms have caused the most damage this century. 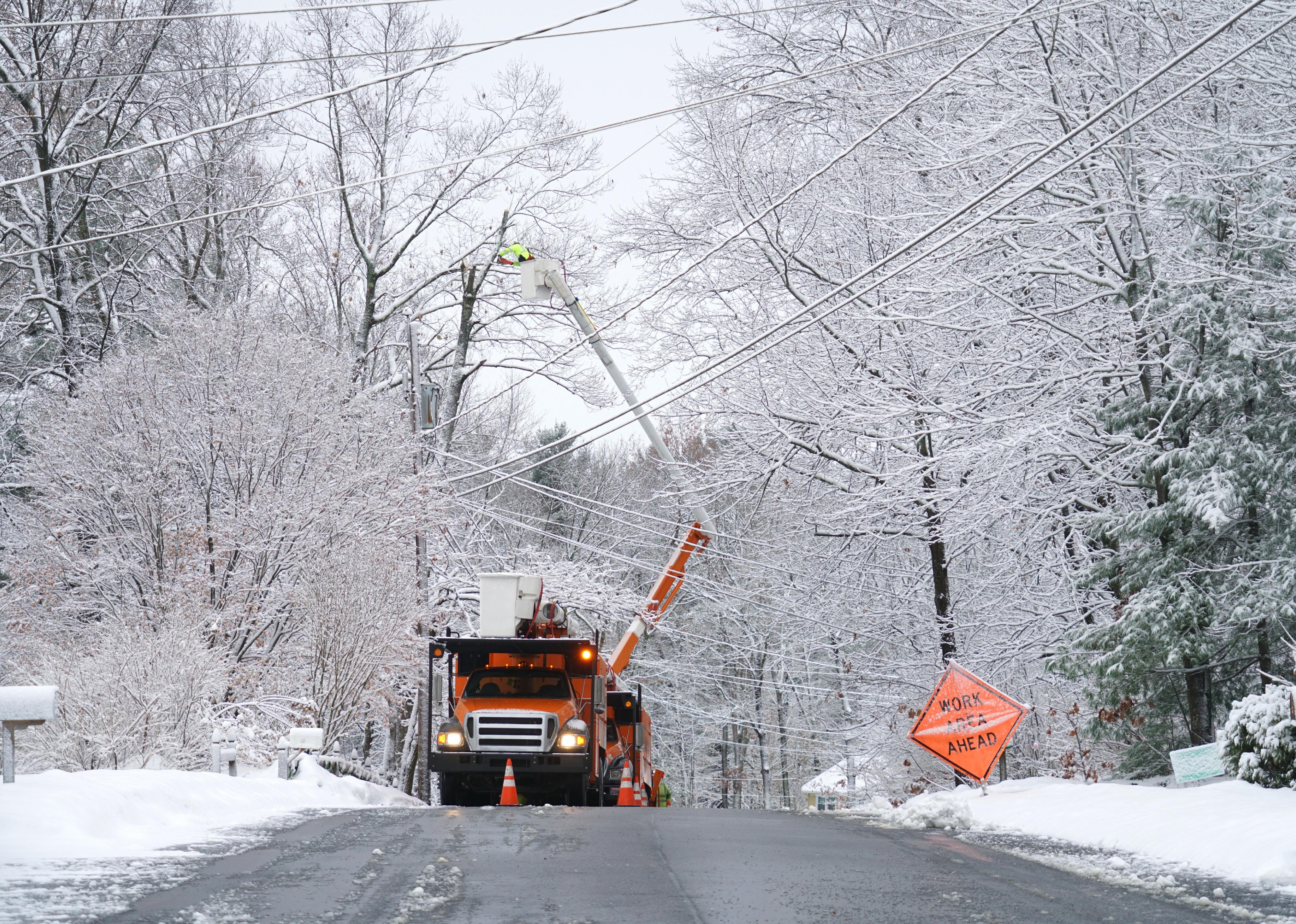 Heavy and freezing rain hit Ouachita Parish on Christmas Day 2000 and lingered through the New Year. Nearby Shreveport hosted Mississippi State University and Texas A&M in the Independence Bowl on New Year’s Eve. Winter storm conditions including freezing rain and low temperatures had plagued the region for weeks, and on Dec. 31, snow blew into Shreveport 30 minutes before kickoff. Snow turned the green artificial turf to white, and plows cleared the field and marked the end zones and goal lines during time-outs. The fans who left early missed MSU beating Texas A&M 43-41 in the one and only “Snow Bowl.” 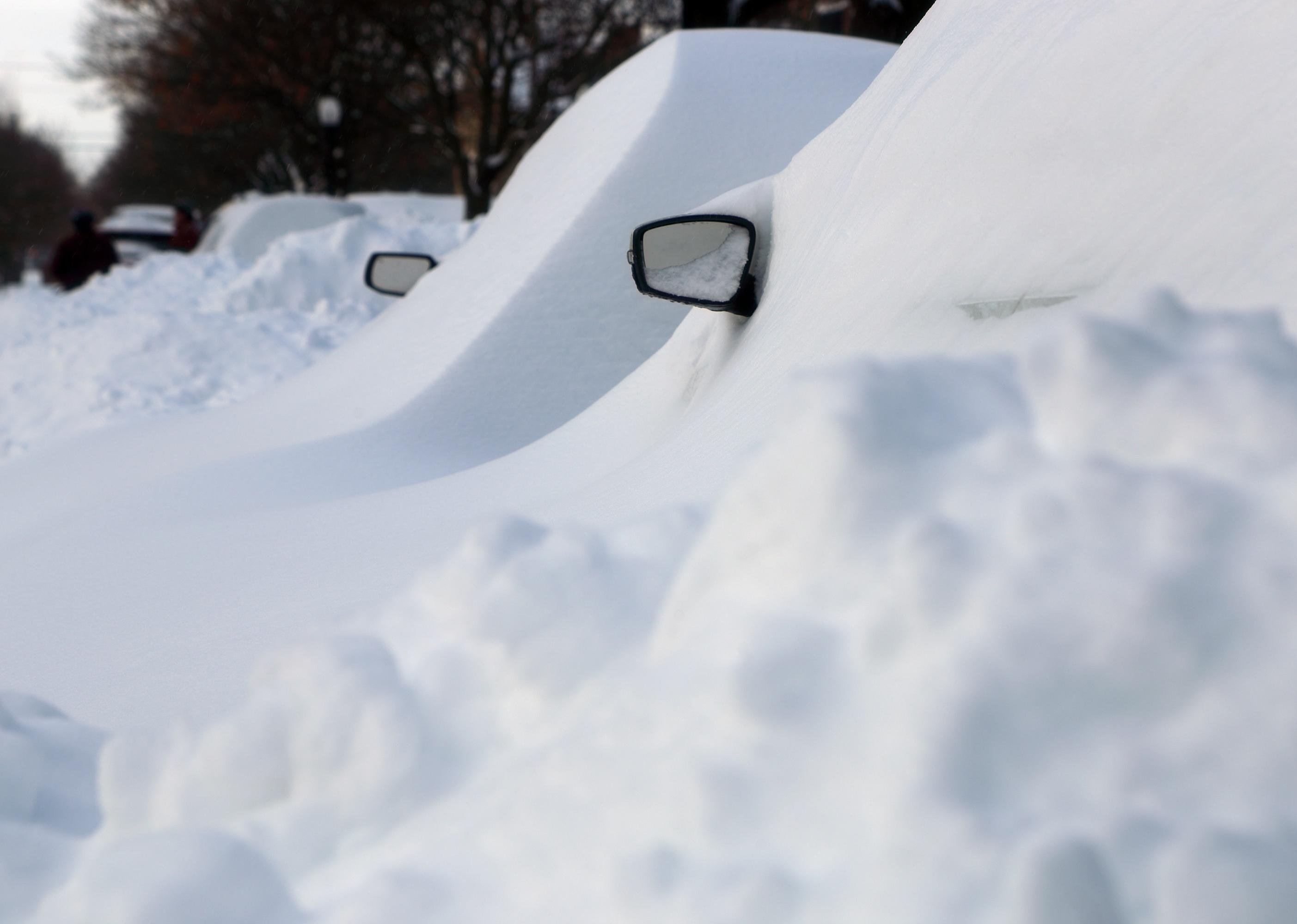 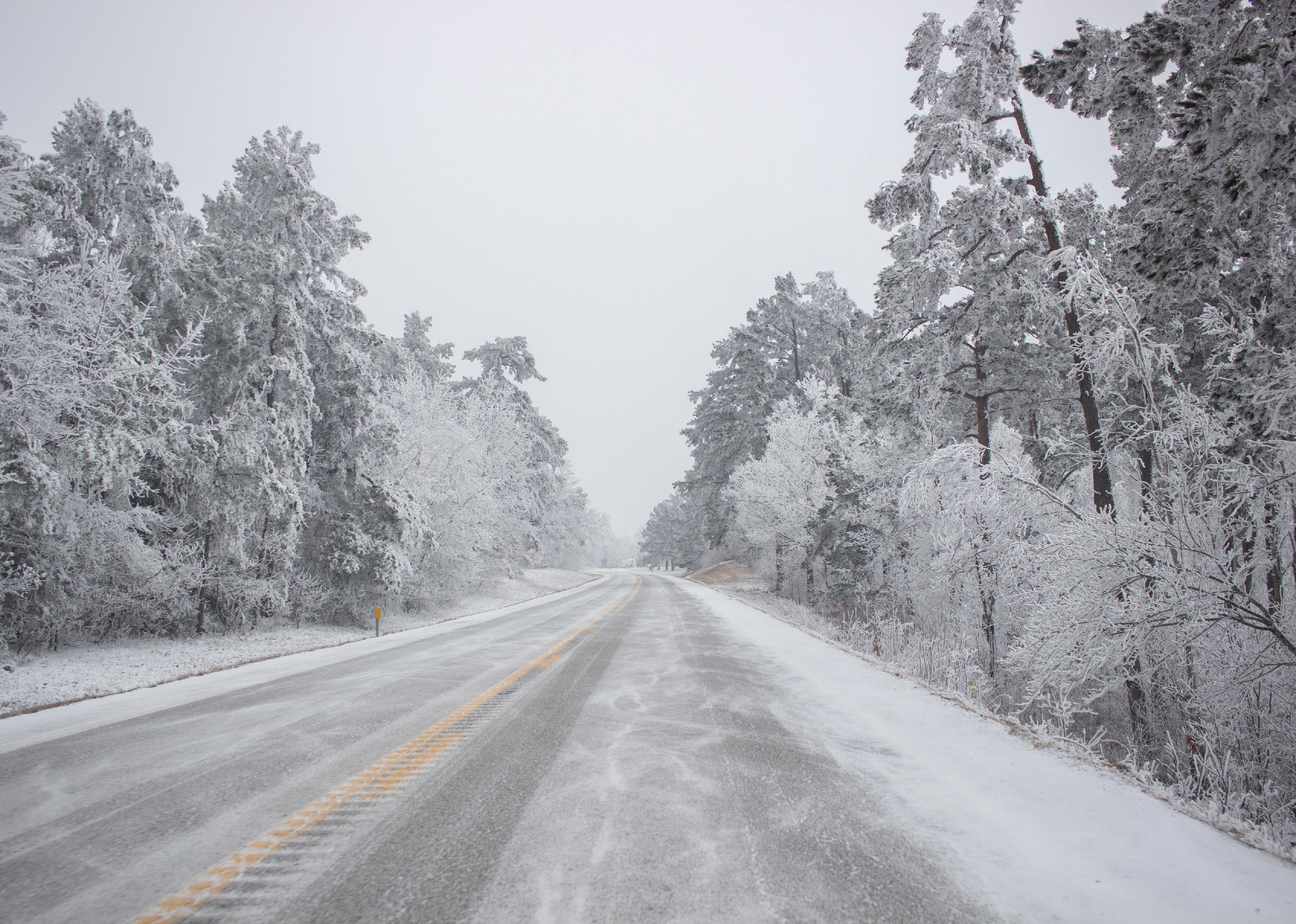 A rare winter storm buried central and northern Arkansas counties under a foot of snow. Wind gusts upwards of 40 mph brought blizzard conditions resulting in the first White Christmas for the region since 1926. Firetrucks responding to reports of downed trees got stuck in the snow, as 450 downed trees fell across 1,100 miles of roads in Pulaski County. Some travelers were stranded for eight hours or longer. 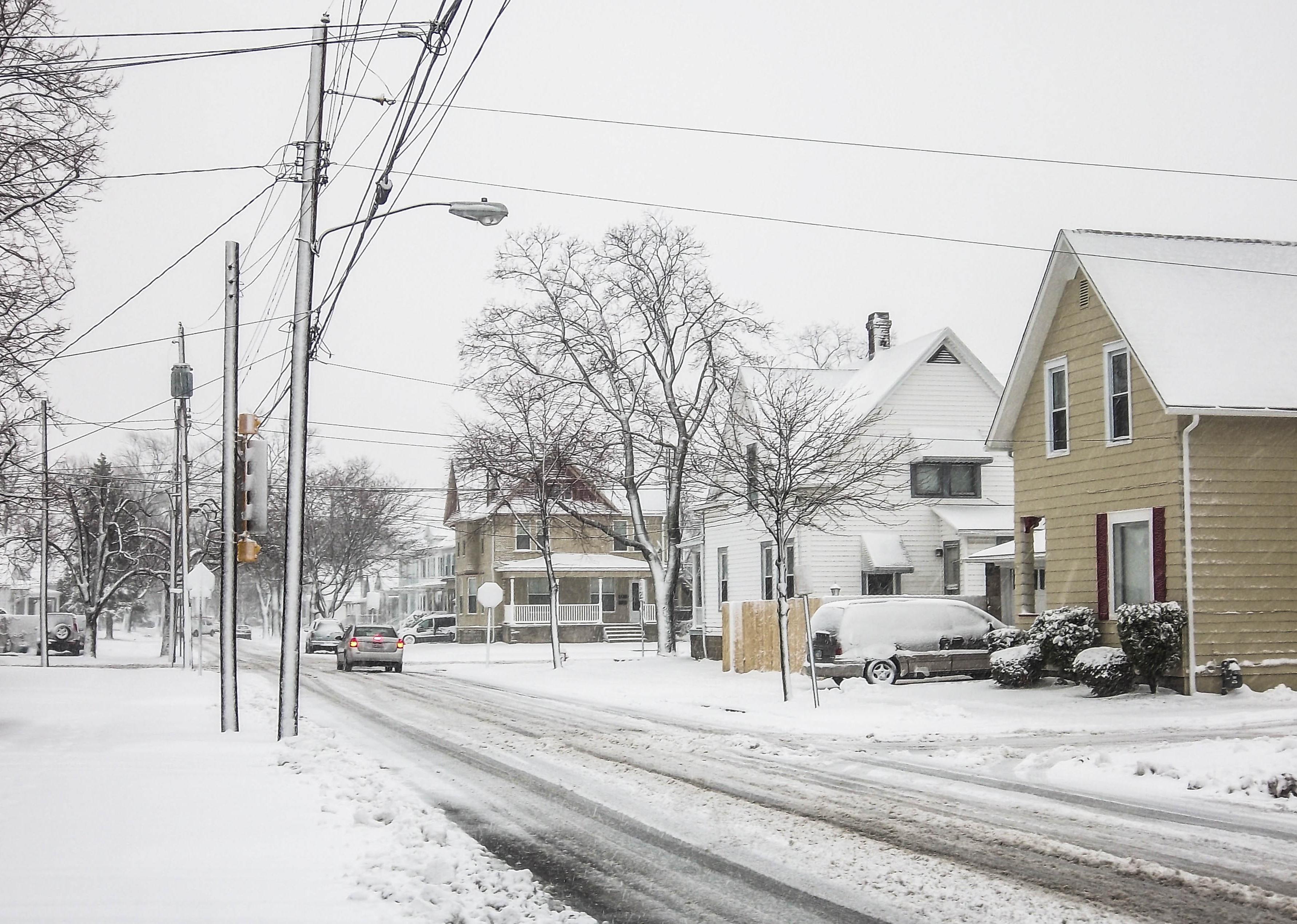 January 2005 was the wettest January on record in Ohio, as record flooding followed the second of two historic winter storms. Ice buildup caused Davis-Besse Nuclear Power Plant in Ottawa County to temporarily shut down. The 2005 storm spurred Ohio’s American Electric Power company to cut clear potential tree hazards, but the AEP did not begin the tree clearance process until 2008. 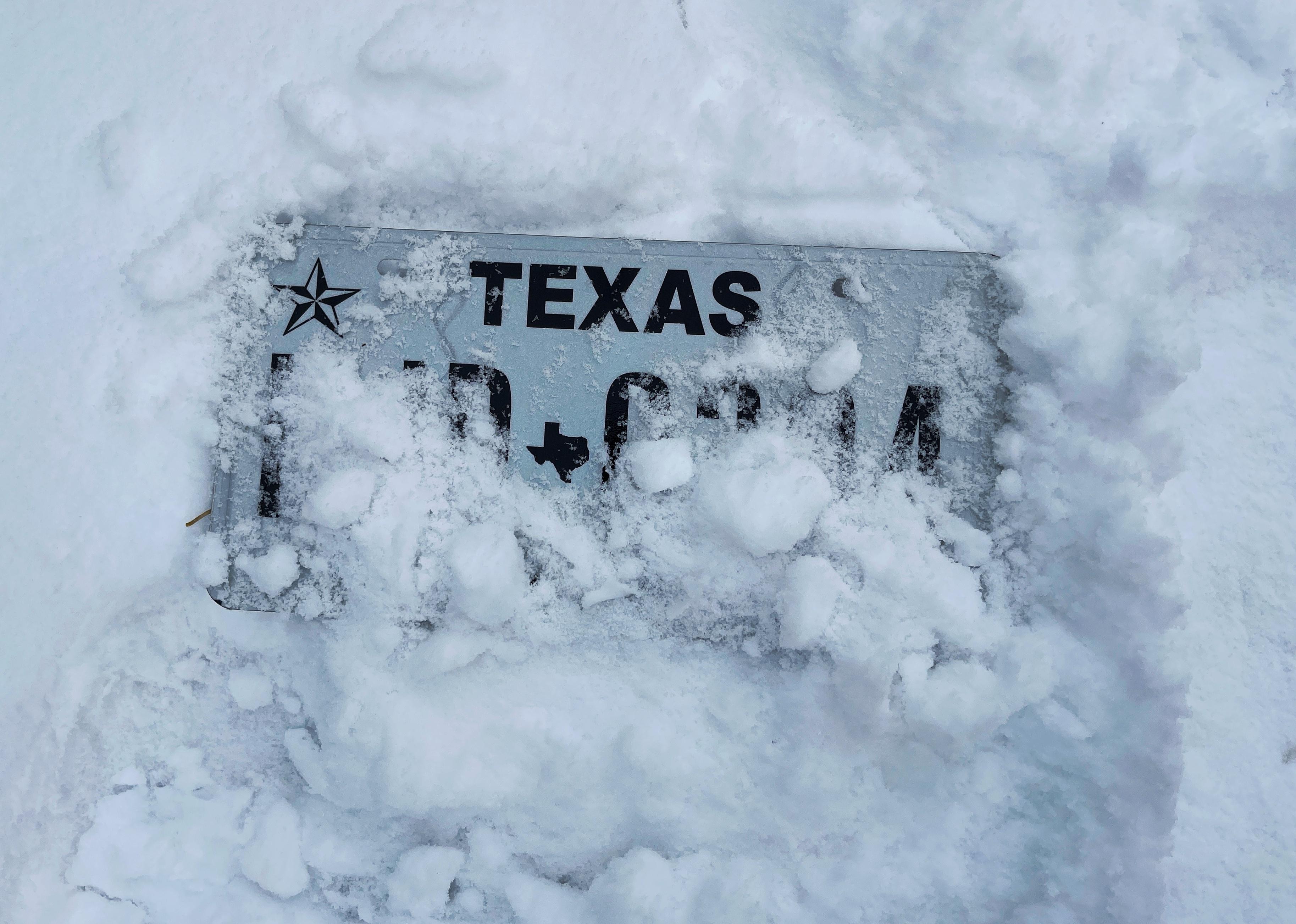 Icy conditions covered all but the southern tip of Texas. Schools, businesses, and airports closed. Hundreds of wrecks tied up roads, and at least one traffic-related death in Dallas was blamed on the storm. Hundreds of flights were canceled. Northeast Texas was declared a disaster area. 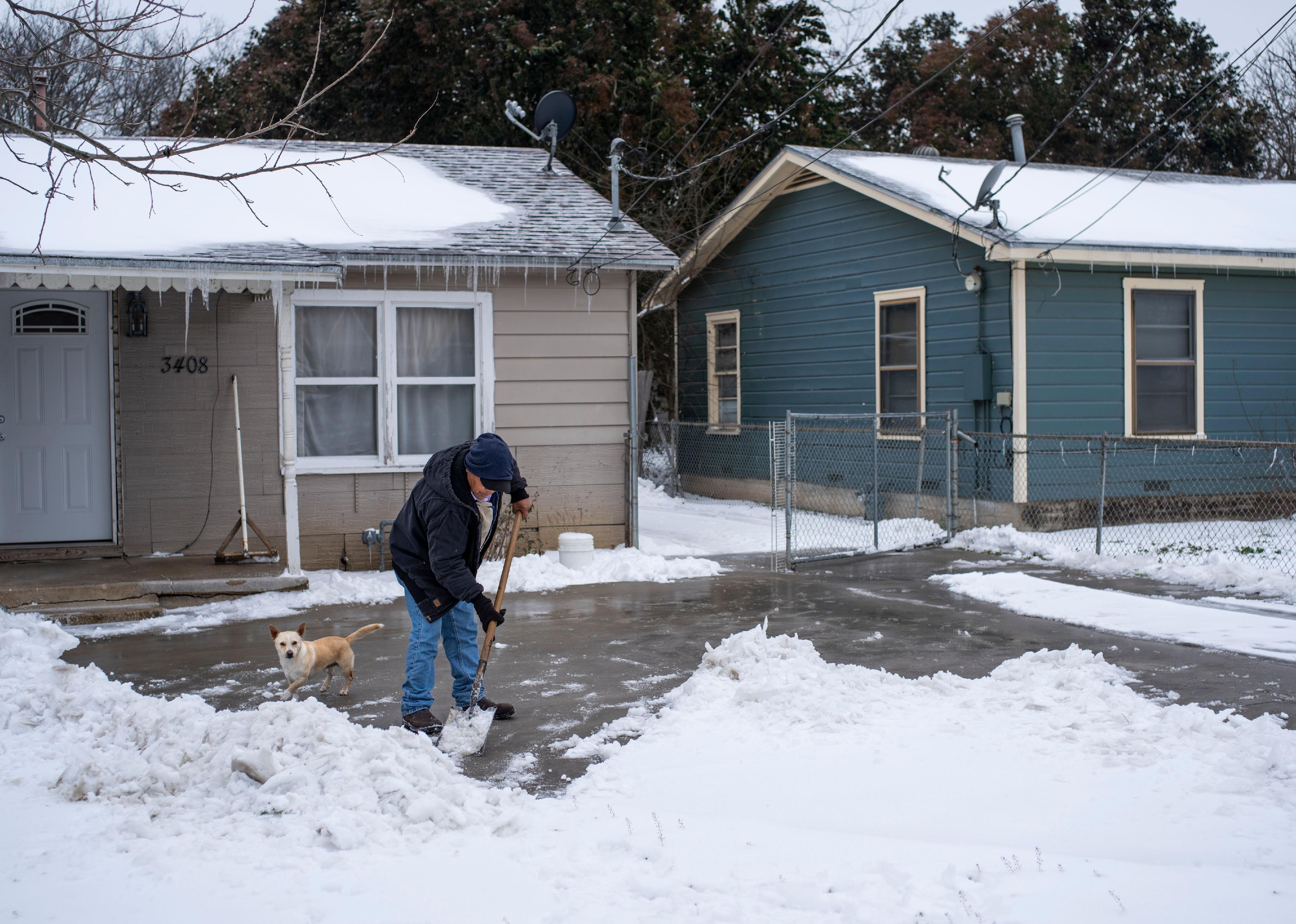 The Valentine’s Day Storm was part of the Great Texas Freeze of February 2021. For the first time ever, the whole state was under a wind chill warning, and Houston’s temps dropped close to zero. The storm crippled the Texas power grid and more than 200 people died during the most costly weather event in Texas history. While frozen equipment was ultimately blamed for the catastrophe, at least 20 power plants had no winterization plans. The extended period of freezing temperatures shattered record lows across the state, with some as old as 1895. 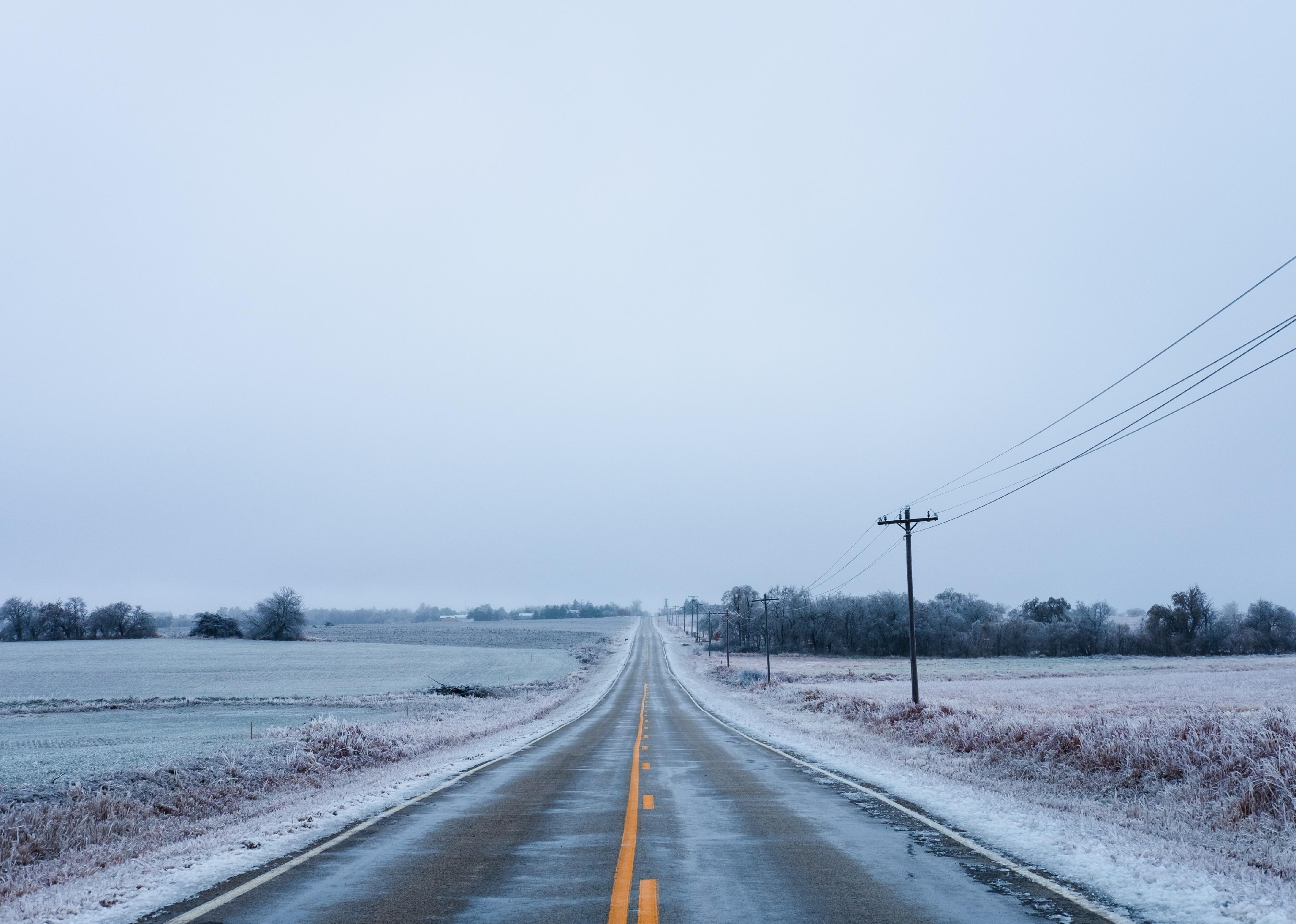 The cost of this ice storm was driven by antiquated power equipment. Infrastructure from the 1940s could not just be replaced; it had to be brought up to comply with 21st-century codes. A thick coating of ice covered the central U.S., and at least 12 people died. 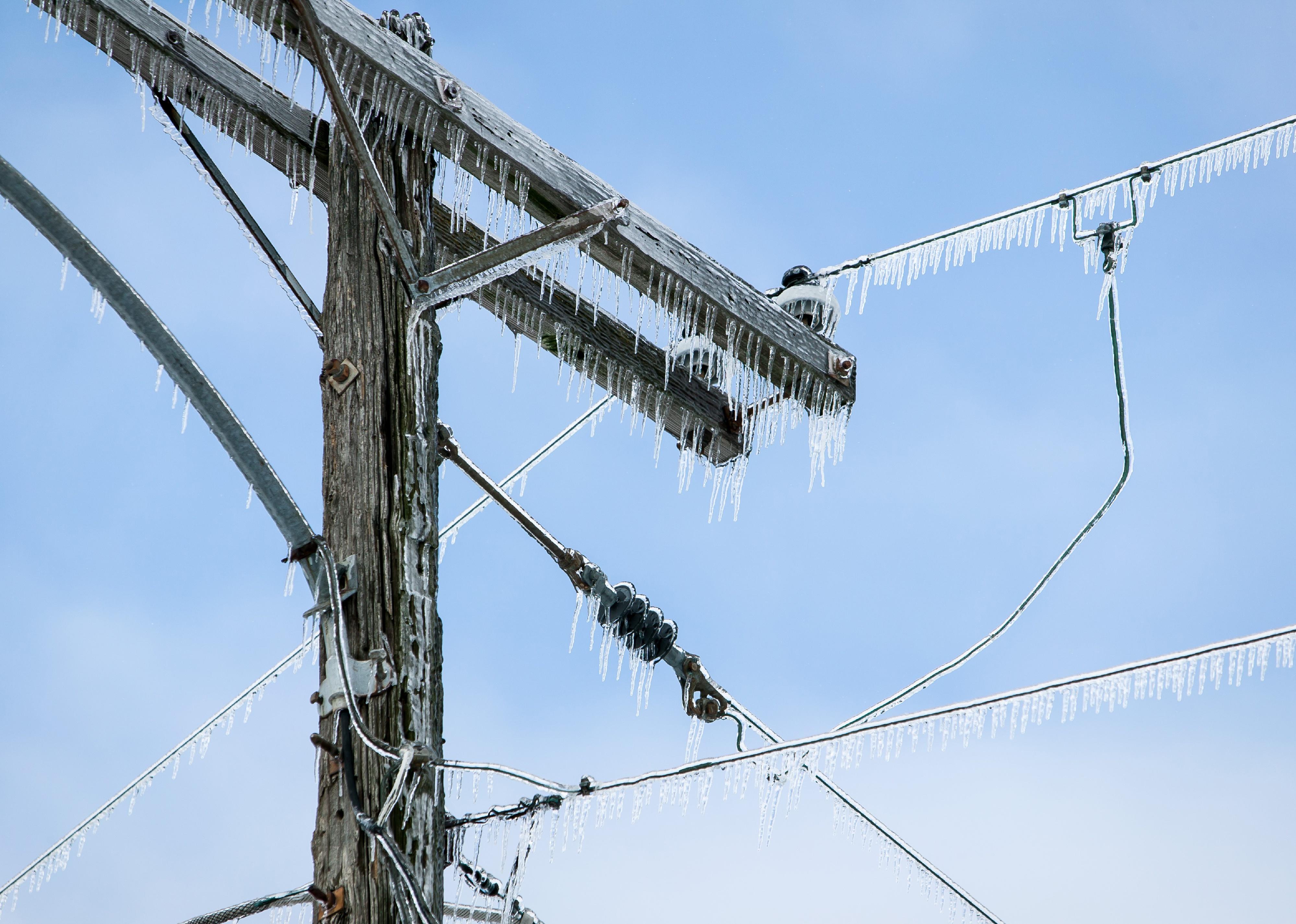 The National Weather Service warned residents in Arizona to brace for record-cold weather. The prolonged cold caused record lows in Flagstaff, which had an average temperature of 7.6 degrees F during the snap. The low in Flagstaff was –9 F, which was 26 degrees below normal. 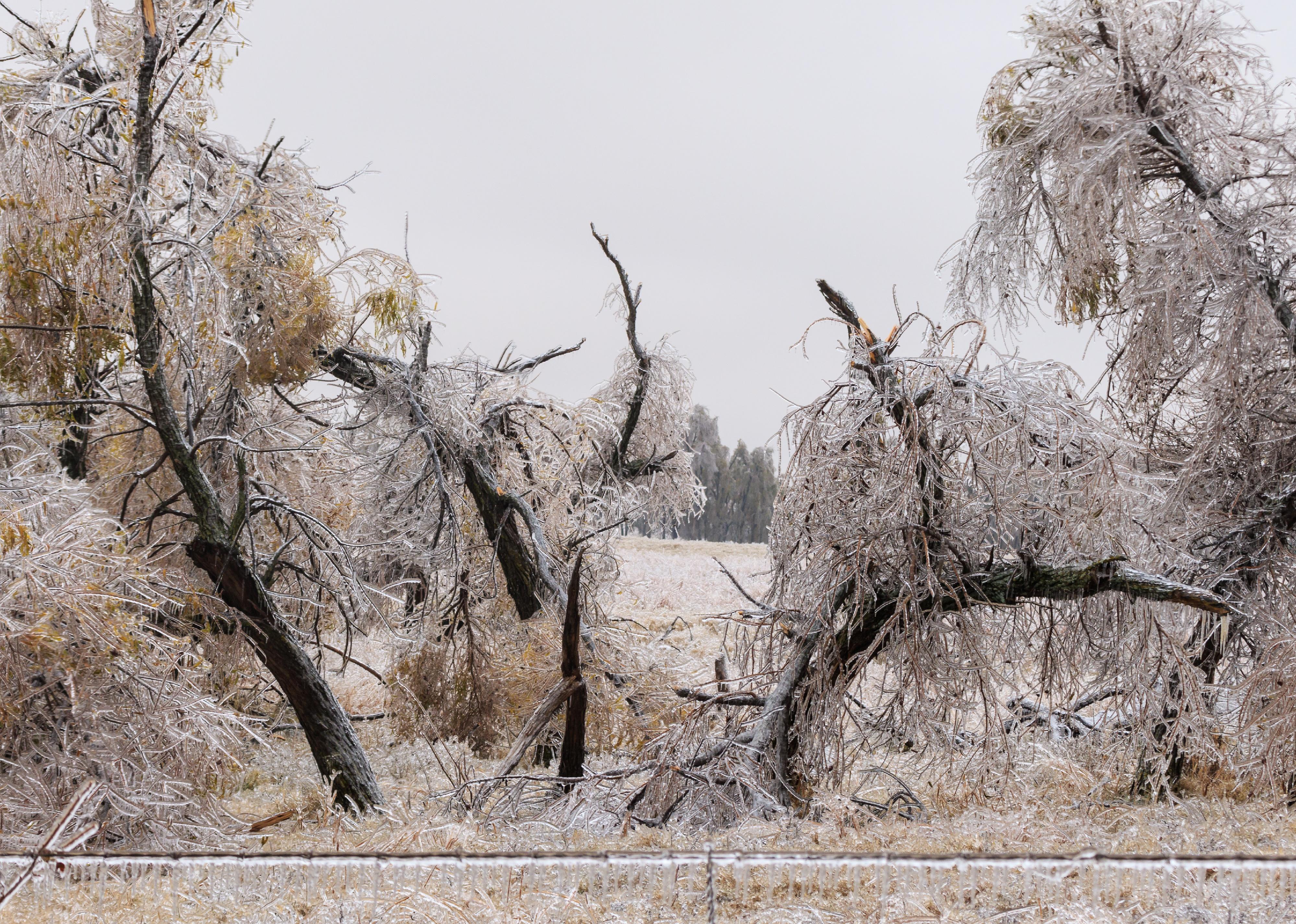 By the time this ice storm ended, over 1 inch of ice had accumulated, and Oklahoma’s governor declared a state of emergency for all 77 counties in the state. Waves of freezing rain felled power lines and poles, and 100-year-old trees had to be cut back or cut down. Oklahoma produces about 5% of the country’s pecans, and the crop loss from the storm was estimated at $25 million. 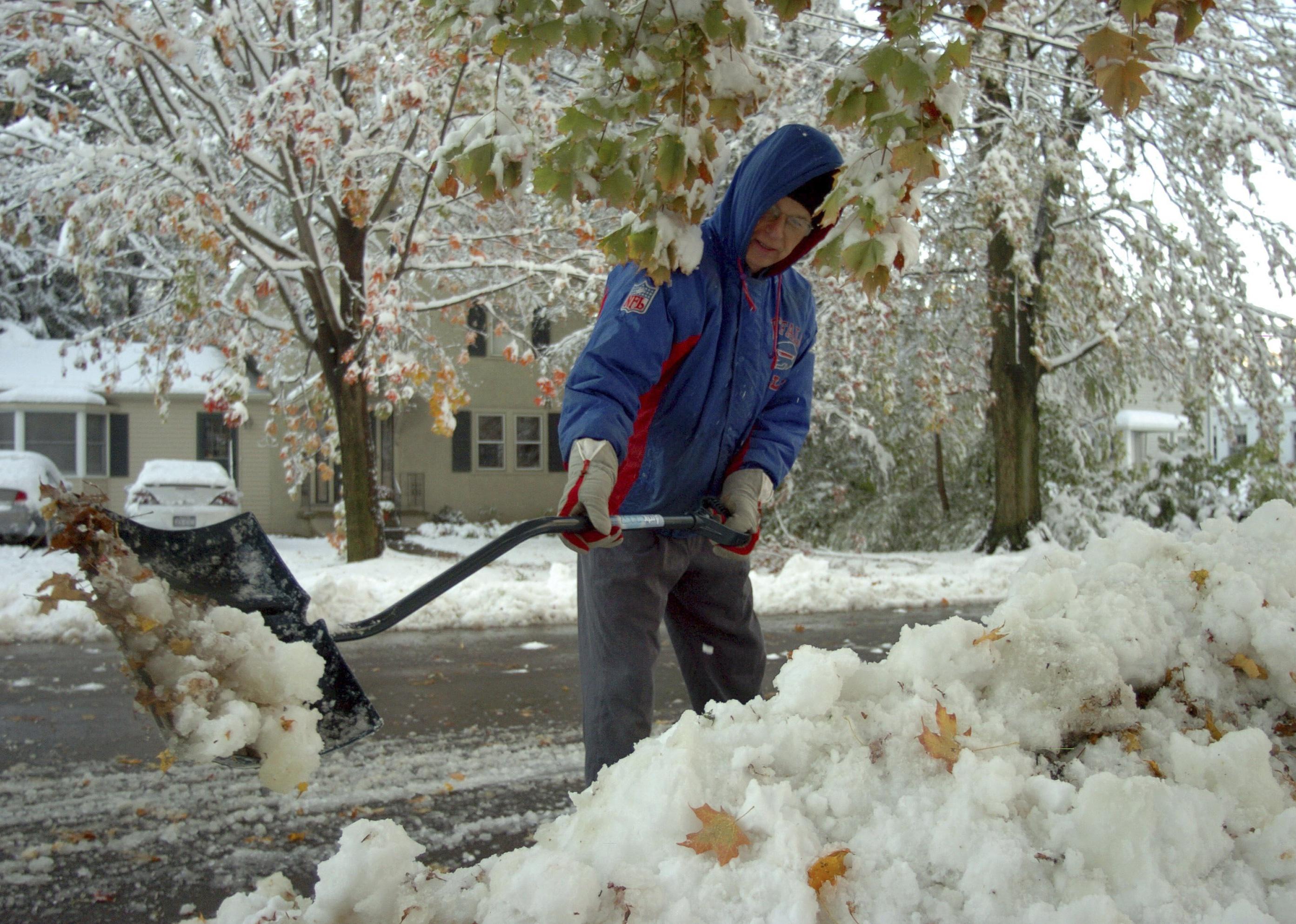 Despite at least a week of advance warning, the weather event that dumped 2 feet of snow over Buffalo was still considered a surprise. The out-of-season weather destroyed trees and knocked out power for 1 million residents in the Niagara Frontier. Hitting so early in the year, most trees were still in full leaf, making the damage caused by falling trees exponentially worse than “normal” storms. 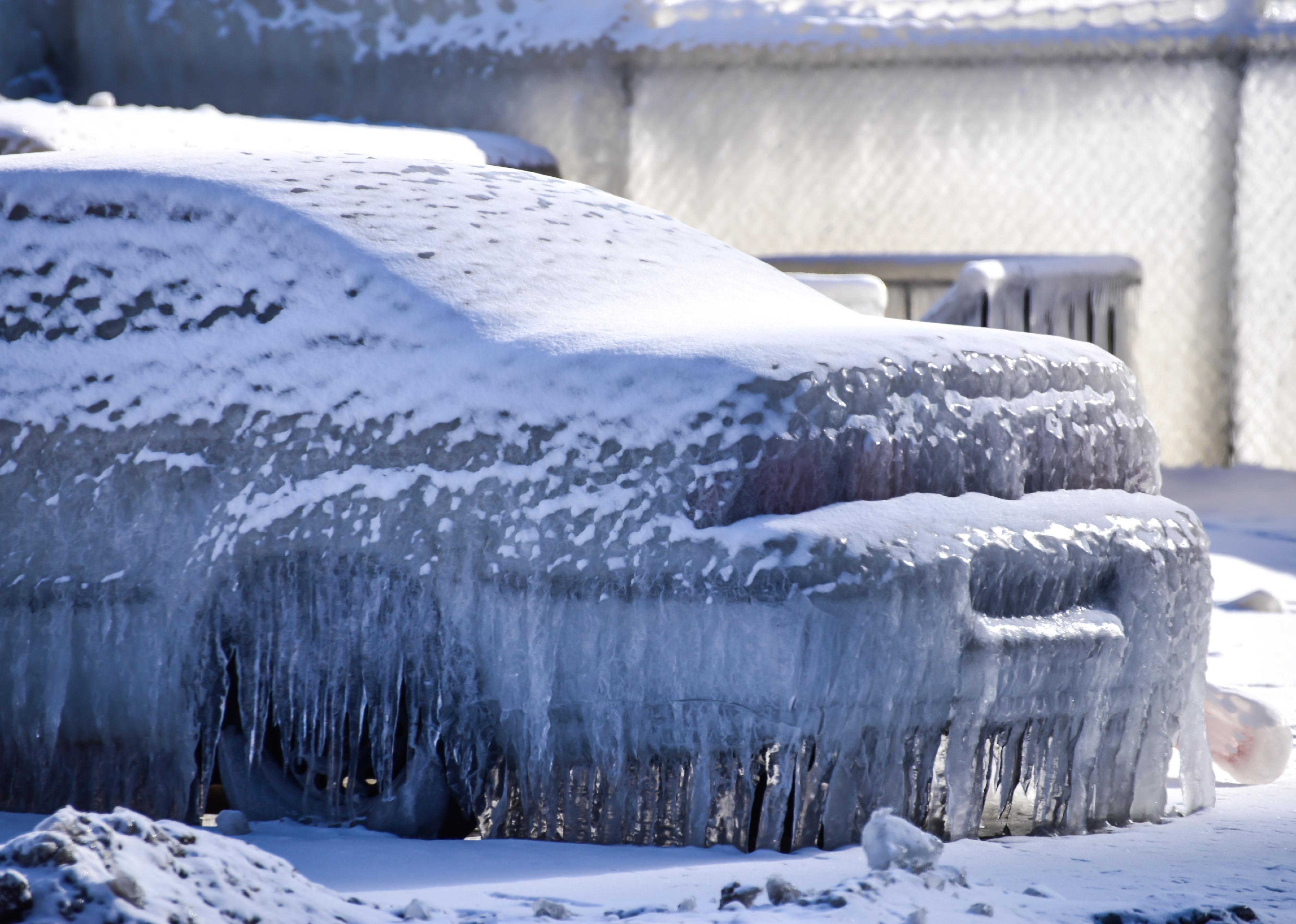 Multiple rounds of winter storms froze Michigan under 2 inches of sleet and almost an inch of ice. Warming temperatures melted ice on the ground, but the heavy ice remained on trees and other elevations for five days. Large branches broke under the weight, and a falling branch struck a 74-year-old man in the head. His death was one of five fatalities directly related to the storm. 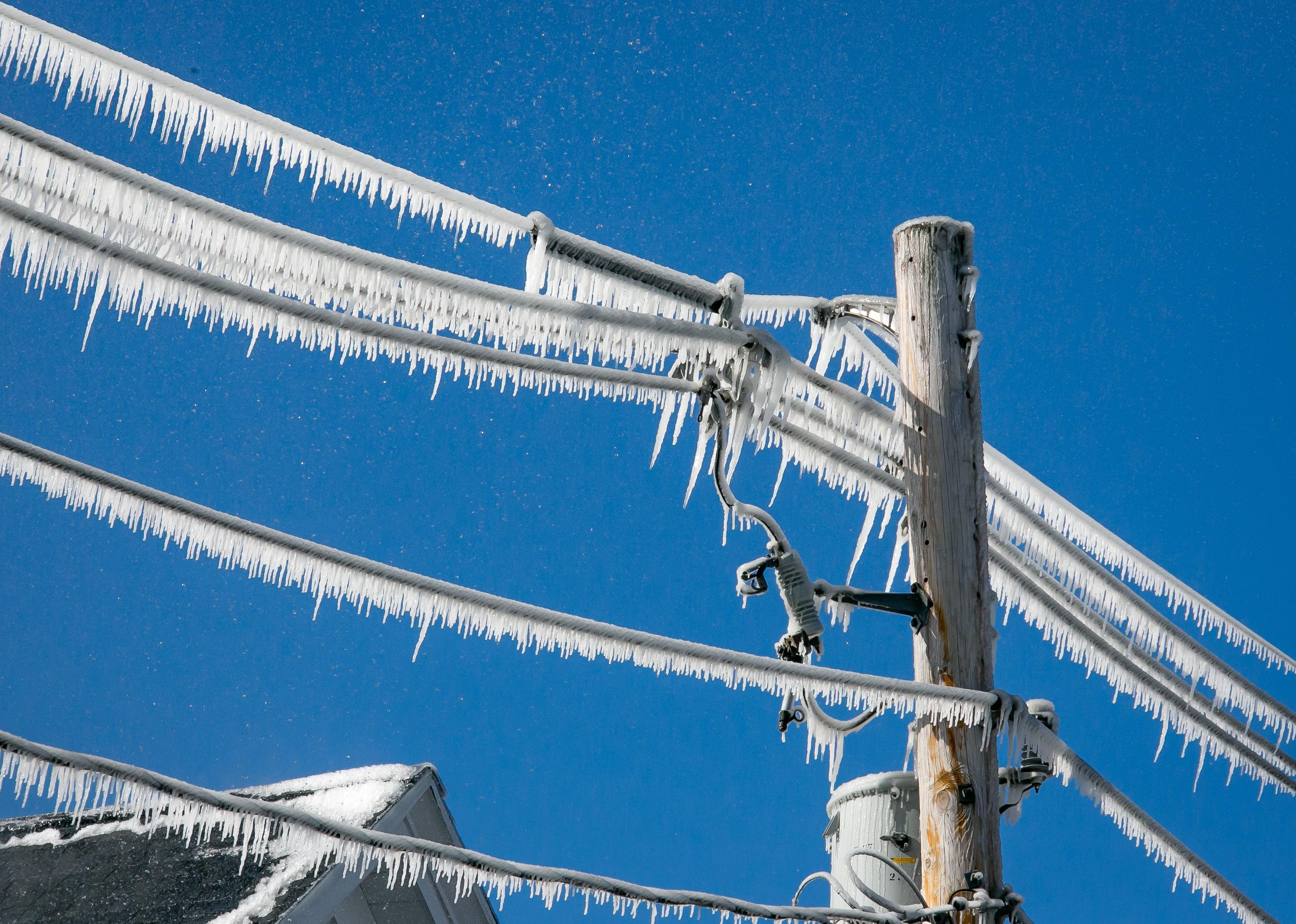 The worst icing event in Arkansas history since a similar event in 1932 left up to 6 inches of ice in the southwestern part of the state. At least 500,000 people were left without power, some of whose homes remained cold and dark well into January. Structural damage to homes was widespread and ice accumulation toppled tree limbs, which contributed to the damage. 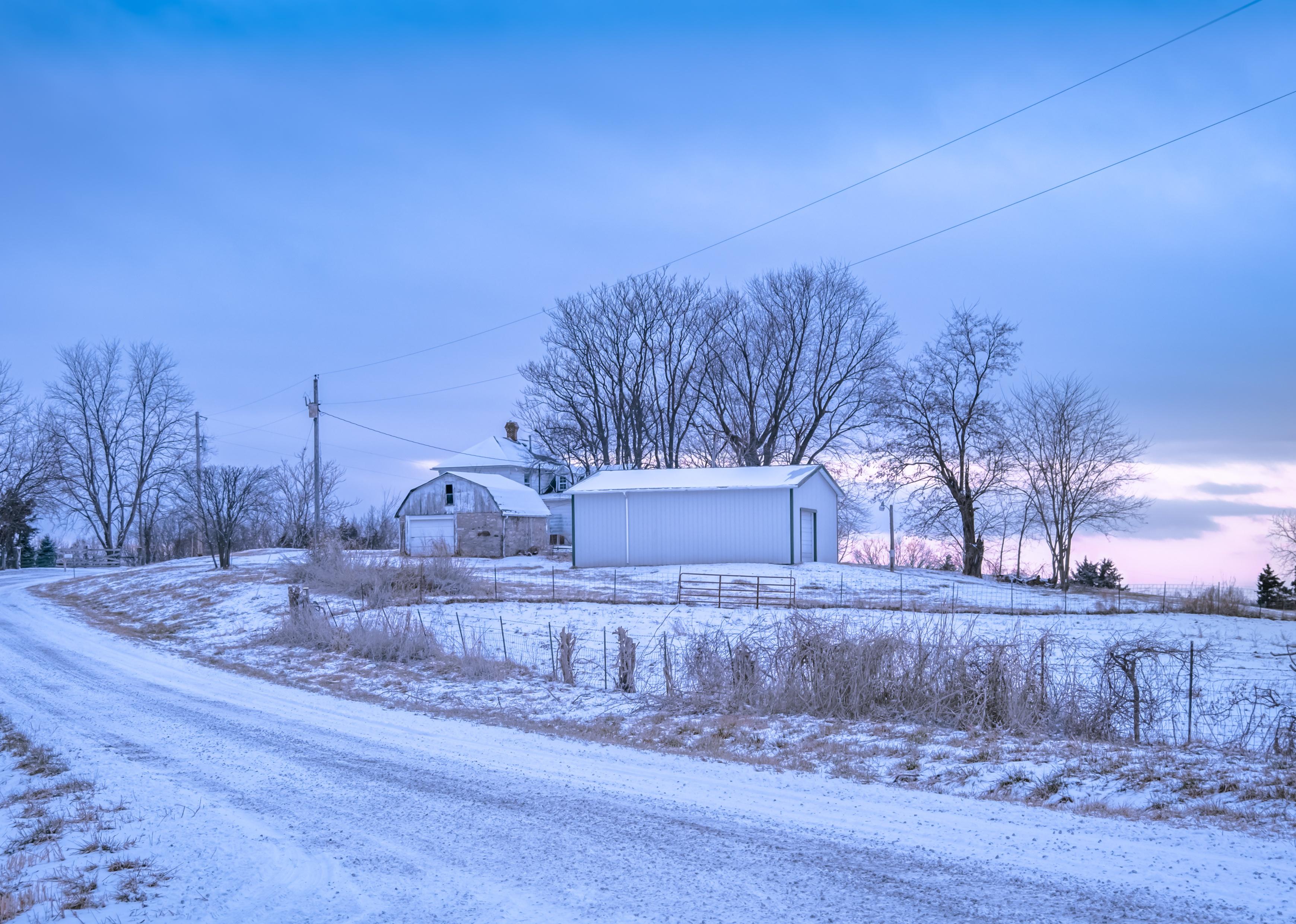 During this late autumn storm, thundersnow was widely reported across the state. Snow with ice accumulations reached over 15 inches at the Columbia Regional Airport, which at the time was the second most ever reported there. The eastern part of the state accumulated up to 9 inches of snow and a half inch of ice. 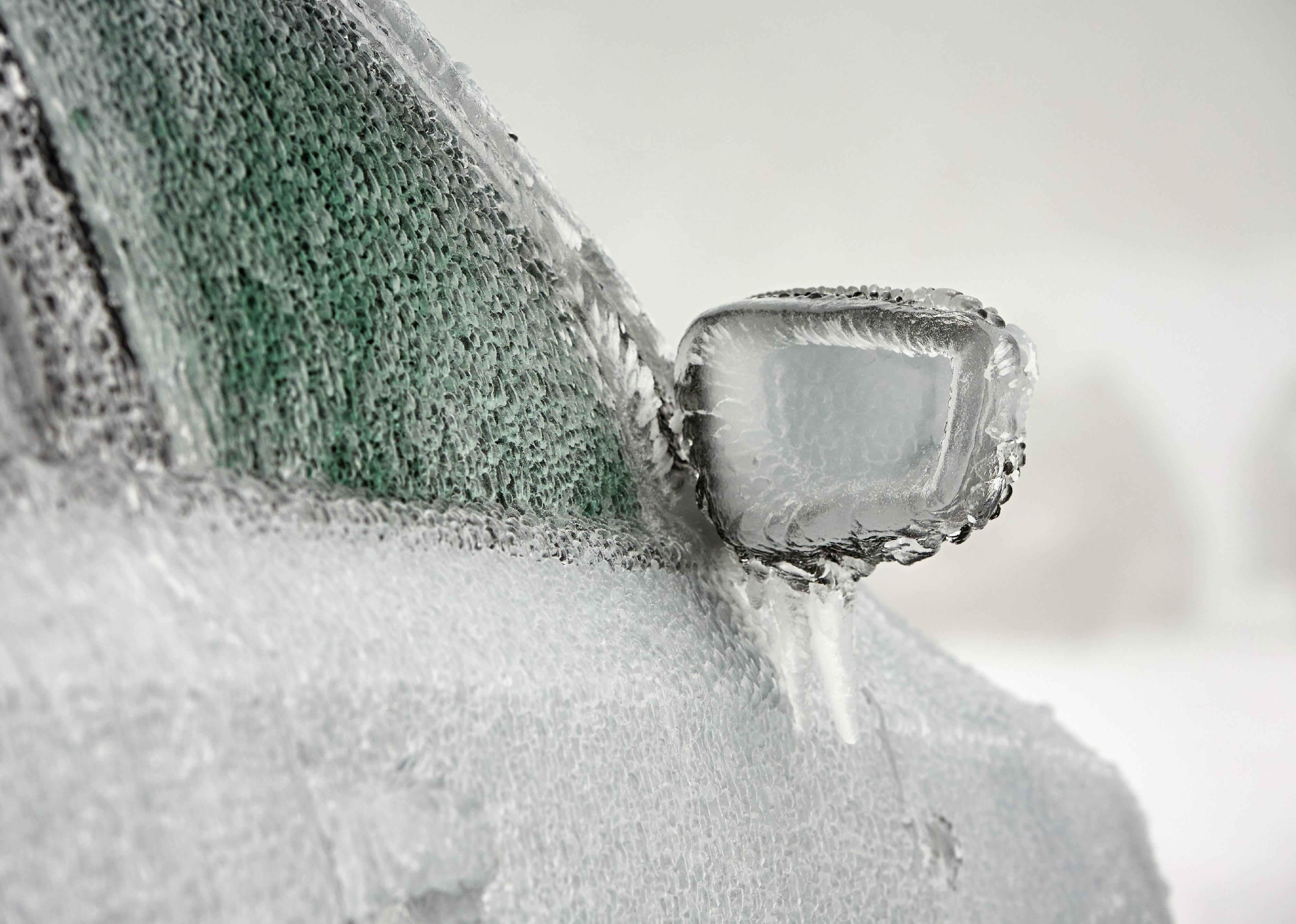 In 24 hours, this ice storm left 250,000 people without electricity and caused hundreds of millions of dollars in damage. Ice stacked up 1-2 inches thick from Elk City to Pawhuska. In areas where surface temperatures were below freezing, the precipitation, which covered the whole state, turned to ice. Only 50 miles apart, Norman was spared the icy fate El Reno endured. Power company Oklahoma Gas and Electric upgraded equipment like backhoes and installed generators to provide backup power for hospitals and all other vital service providers. 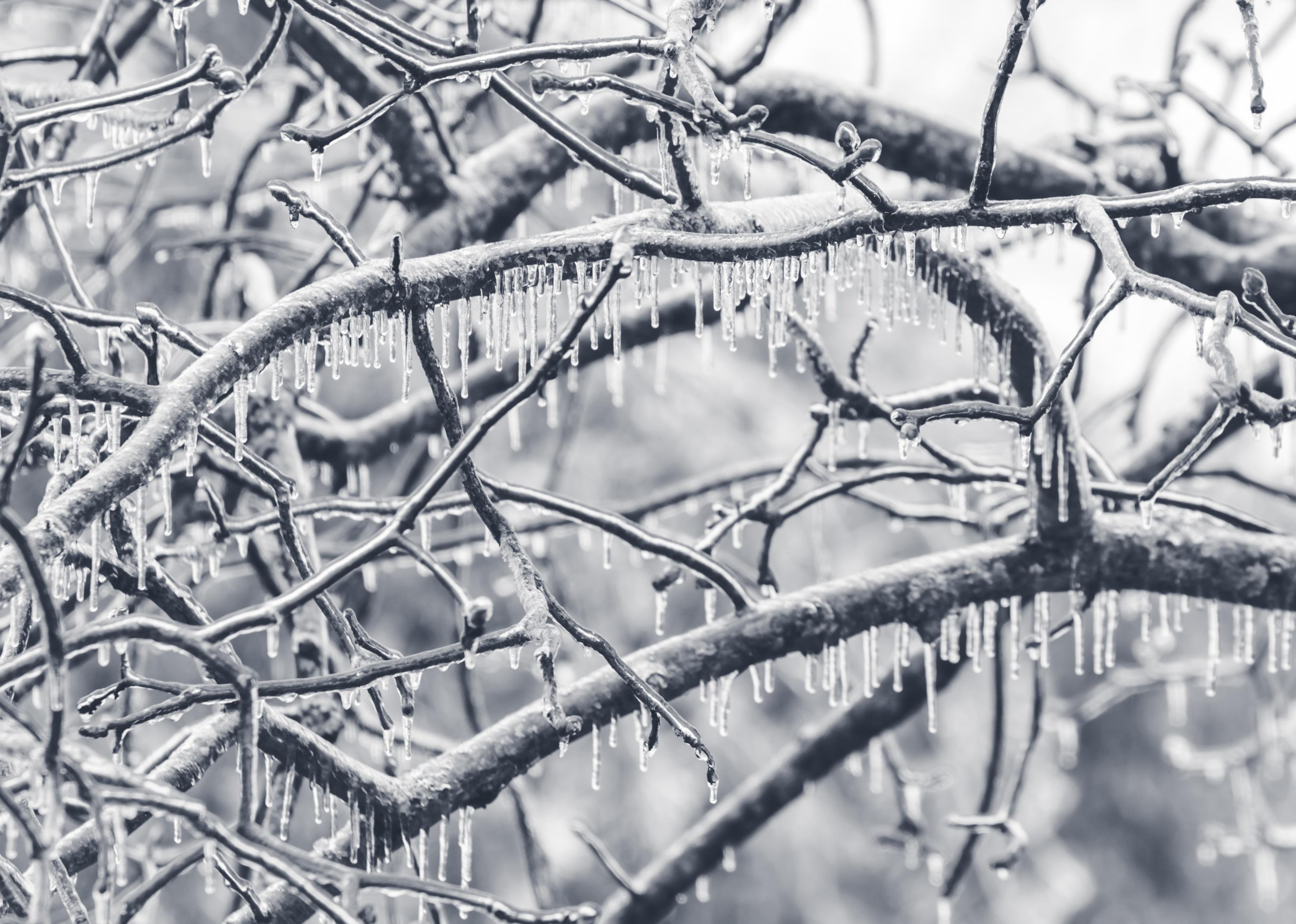 Missouri’s (second to) last appearance on this list resulted from at least 1 inch of ice accumulation along the I-44 corridor. The city of Springfield was without power for several days, but residents worked with City Utilities employees to remove trees and other debris blocking roads. 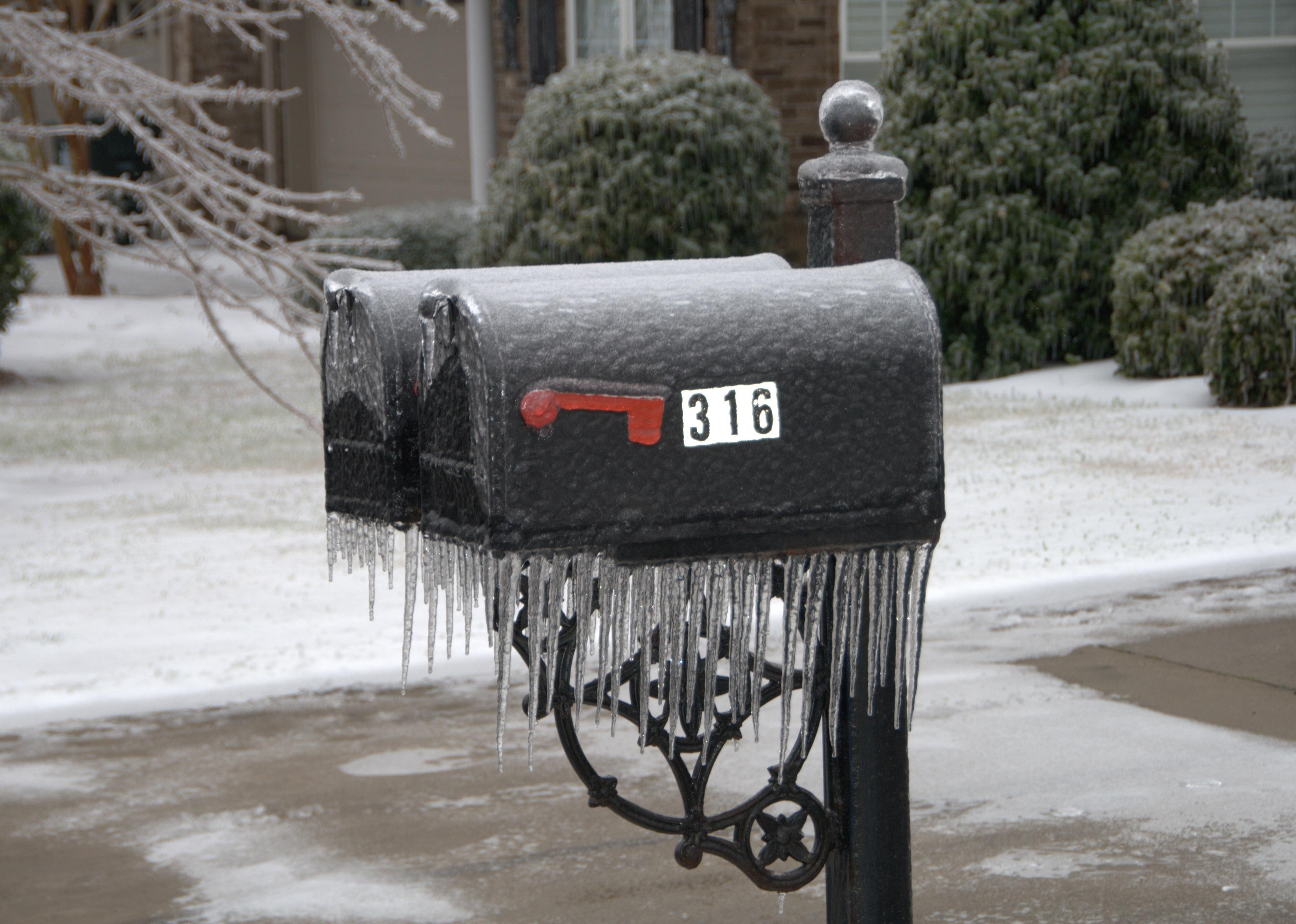 Two ice storms hit Arkansas in December 2000. The worst of the storms happened over Christmas, but extensive ice from the earlier storm on Dec. 12-13 exacerbated the damage. Almost all of Entergy Corp.’s electrical customers were without power, many for almost a week. 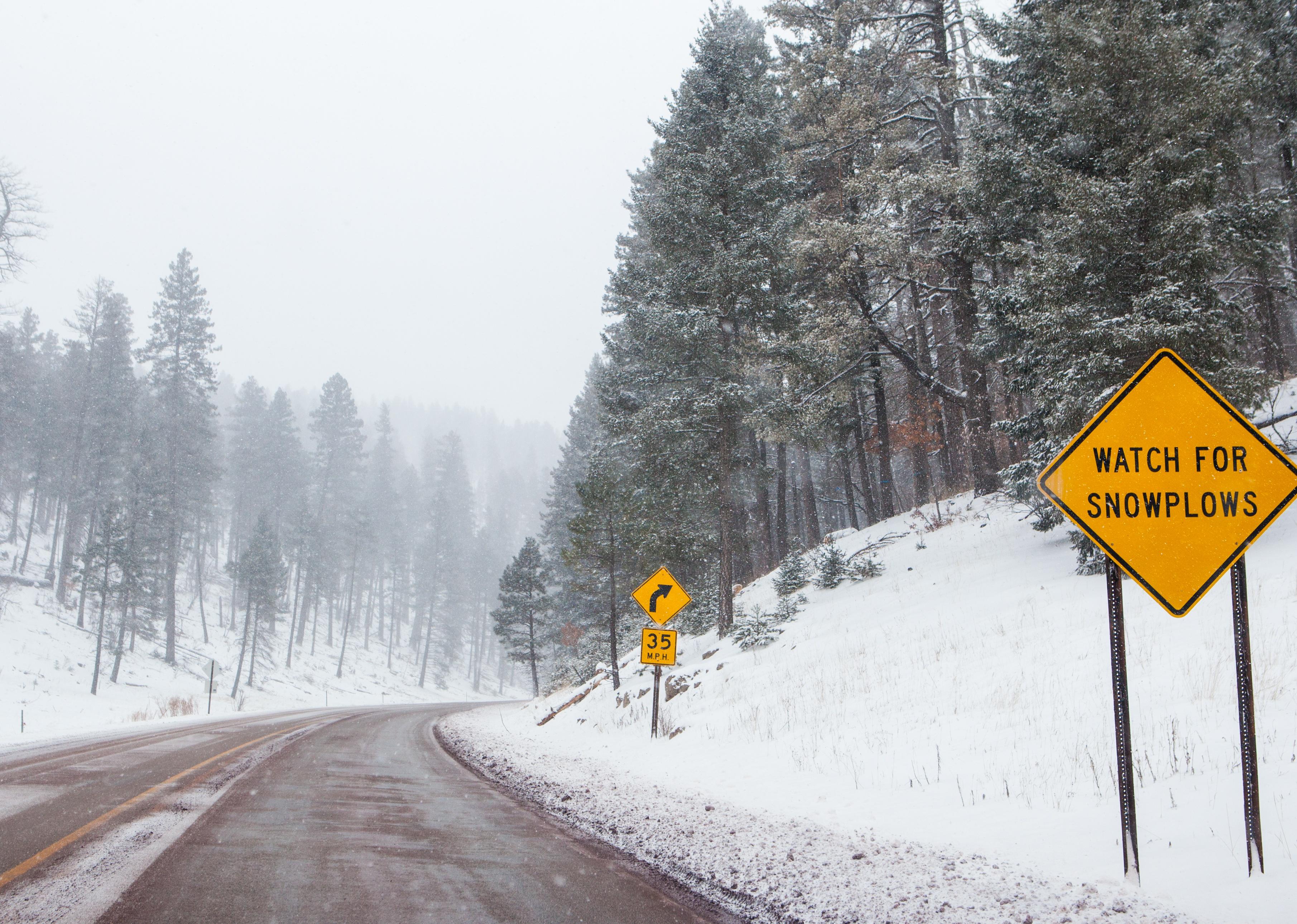 While this storm ranks close to the top of our list, the damage was less than it might otherwise have been thanks to advance preparations informed by “spot-on” weather reports. Whiteout conditions and historic snowfalls closed stretches of I-40 and packed hotels with stranded travelers. In Roswell, meteorologists reported snow drifts 12 feet high and wind gusts up to 70 mph. 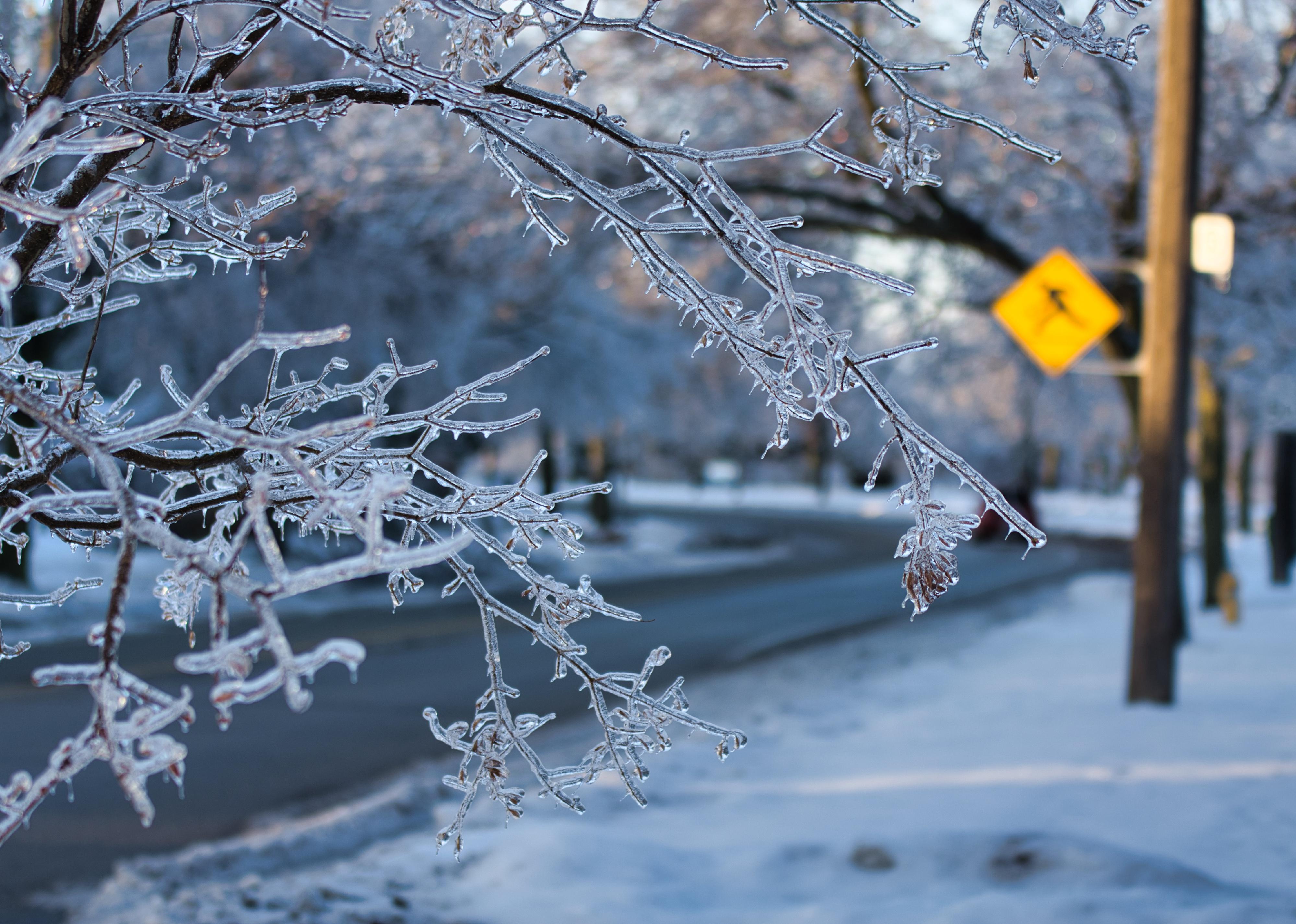 Late on Saturday, Dec. 9, heavy rains from thunderstorms turned to ice when temperatures dropped below freezing. Temperatures rose quickly, but the storm is the costliest one in Oklahoma history. Freezing rain fell for three days and covered Oklahoma with 3 inches of ice. An estimated 200,000 homes lost power for several days. 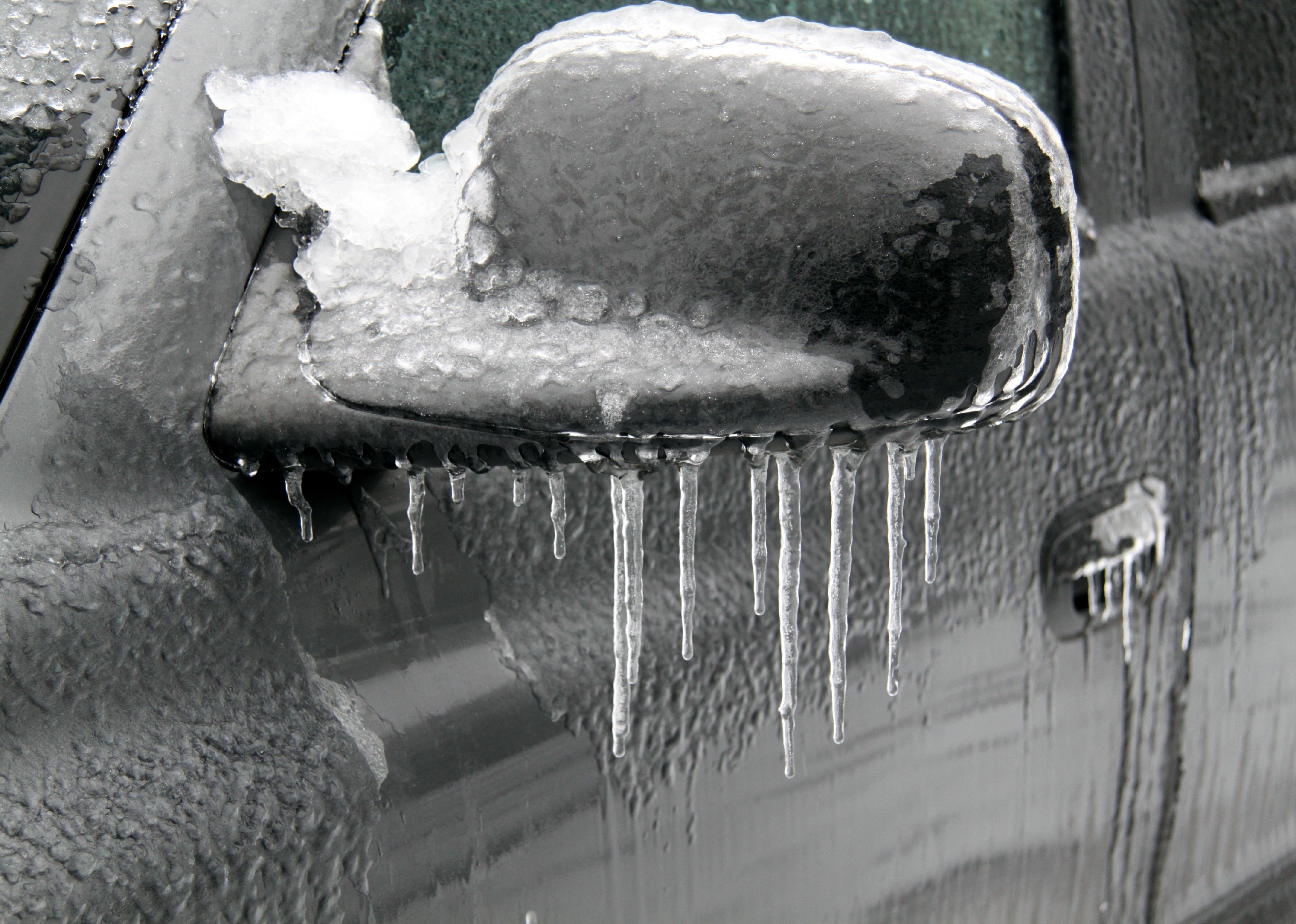 Sometimes called “North American Blizzard of 2008,” Ohio’s winter storm lacked sustained blizzard-condition winds, but that technicality is lost in the deep layer of snow that covered the whole state. Most areas in Ohio received up to 4 inches of snow on Friday, March 7, but the following day brought 16 more inches across the state. Columbus beat its previous snowfall record of 15.3 inches back in February 1910, as over 20 inches of snow covered the city. Two-thirds of all counties declared Level Two or Level Three Snow Emergencies. 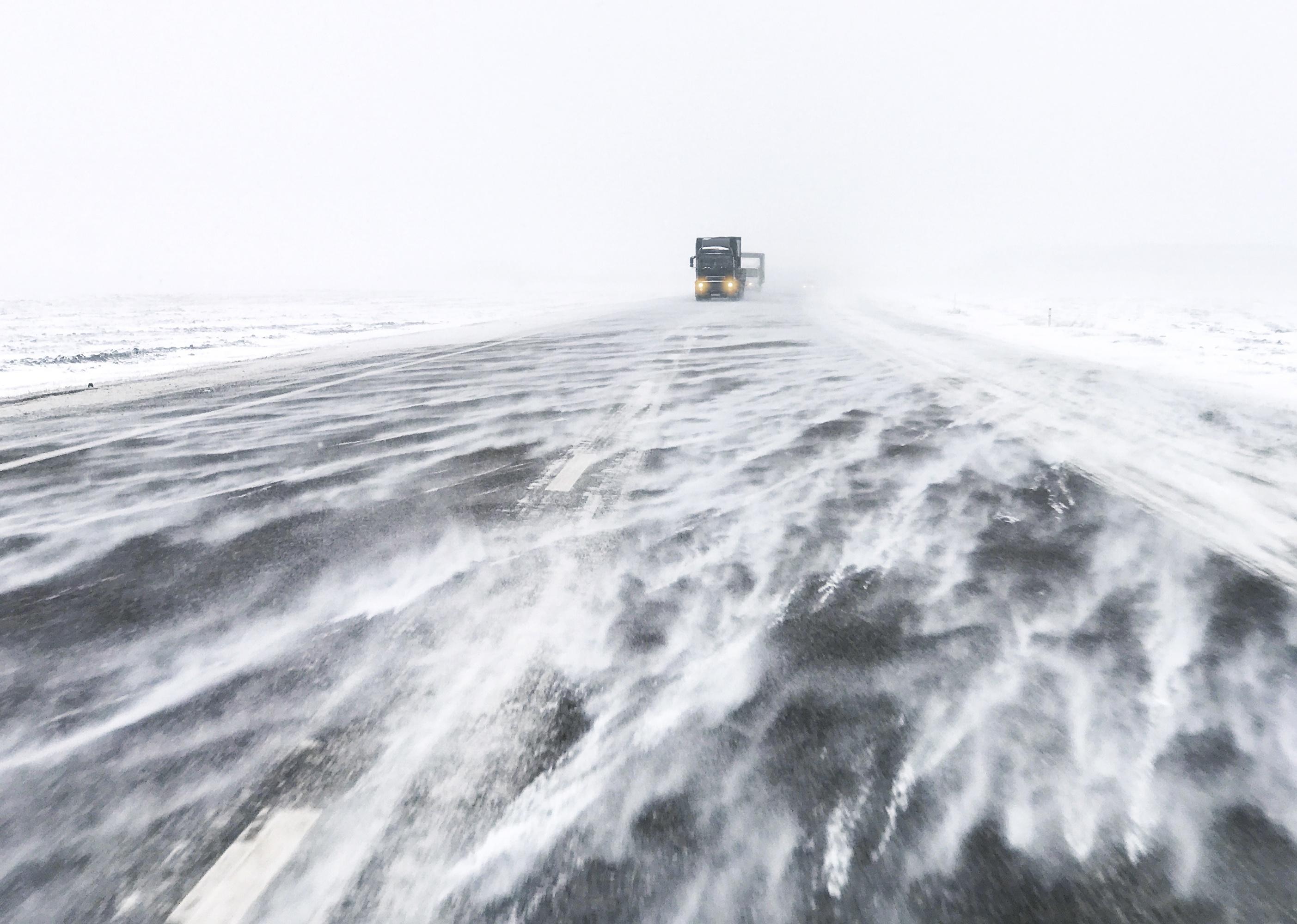 The storm system cut an enormous swath across the southern portion of the Midwest, affecting several states but having the direst impact in three.

In Arkansas, ice dragged power lines to the ground, snapped power poles, and felled trees as a cold front camped out along the Gulf Coast collided with a storm system blowing in from the Southern Rockies and Plains, entrenching freezing temperatures across the northern part of the state. Almost 2 inches of ice accumulated, weighing down power lines and tree limbs. Snapping tree branches were reported to have sounded like gunfire in a war zone. As many as 18 fatalities resulted from the cold temperatures and icy conditions, including a sheriff killed by a falling tree branch and an elderly woman—who had tried to stay warm by filling her bathtub with hot water—succumbed to hypothermia as the water cooled.

In Kentucky, ice over 1 inch thick caused the state’s largest power outage on record. In Louisville, 69 schools lost power, with many closing for a week. The state’s governor (at that time Steve Beshear) received approval for an emergency Presidential Disaster Declaration and called on the National Guard to help utility workers, clear paths for emergency vehicles, and enforce curfews.

The National Guard wound up assisting in recovery efforts in Indiana and Missouri as well. Nearly 100% of Missouri was without power, and rural areas didn’t get the power back for three weeks. By Jan. 30, more than 2,000 people crowded 35 of Missouri’s shelters. In New Madrid County, a woman and her teenage daughter died from carbon monoxide poisoning, while in Scott County alone, at least 20 serious injuries resulted from carbon monoxide fumes from gas-powered generators.

If you’re looking for something unique for your special someone this year, think outside the chocolate box with these nontraditional Valentine’s Day gifts.

Best items for cleaning your laptop, phone and more

If you want to get your devices as clean as possible, here are the best screen-cleaning wipes, sprays and other products to eliminate dirt and germs.

Multi-grip pull-up bars promote a wide range of upper body exercises, as you can modify your grip in order to target various muscle groups.

This weekend: Boarding for Breast Cancer at Brighton

Man who murdered while on parole now sent back to …

Large herd of elk stops traffic briefly near I-80

This weekend: Boarding for Breast Cancer at Brighton

Are women getting misleading advice on exercise?

U of U professor leads families’ fight against Boeing

Man who murdered while on parole now sent back to …

Large herd of elk stops traffic briefly near I-80

Utah Police across the state warns of scam calls

Are women getting misleading advice on exercise?