Blake Hylands, Chief Executive Officer of Lithium Ionic, commented, “Results from Bandeira continue to impress us, with latest intercepts returning some of the strongest grades and thicknesses encountered to date at this target. We have now identified an over 1km mineralized trend with at least six different spodumene-bearing pegmatite bodies which remain open in all directions. We continue to aggressively drill Bandeira as we work towards delivering our maiden mineral resource estimate in the coming months.”

To date, Lithium Ionic has completed over 11,000 metres (95 drill holes) of a planned 30,000-metres drill program, focused primarily on its Bandeira and Galvani targets. Approximately 5,800 metres (51 drillholes) have been drilled at Bandeira, while approximately 5,600 metres have been drilled at Galvani (44 drillholes). The drill campaign at Bandeira was designed to target near-surface mineralization associated with several lithium soil anomalies covering a ~1.3 km trend, which were identified in early 2022.

To date, the Company has identified at least six different NE-SW trending lithium-bearing LCT pegmatites. These mineralized bodies range from 1 to 10 meters in width and can be traced over a 1km strike length. The average depth of the lithium zones drilled to date is approximately 150 metres, however the Company has intersected strong lithium grades and thicknesses up to 300 metres below surface. The style of mineralization found to date, characterized by several stacked pegmatite vein sets are consistent with other nearby lithium deposits.

The Company recently mobilized a sixth drill rig and continues to aggressively explore, with four rigs at Bandeira and two at Galvani as it works towards completing a maiden NI 43-101 mineral resource estimate in the coming months. 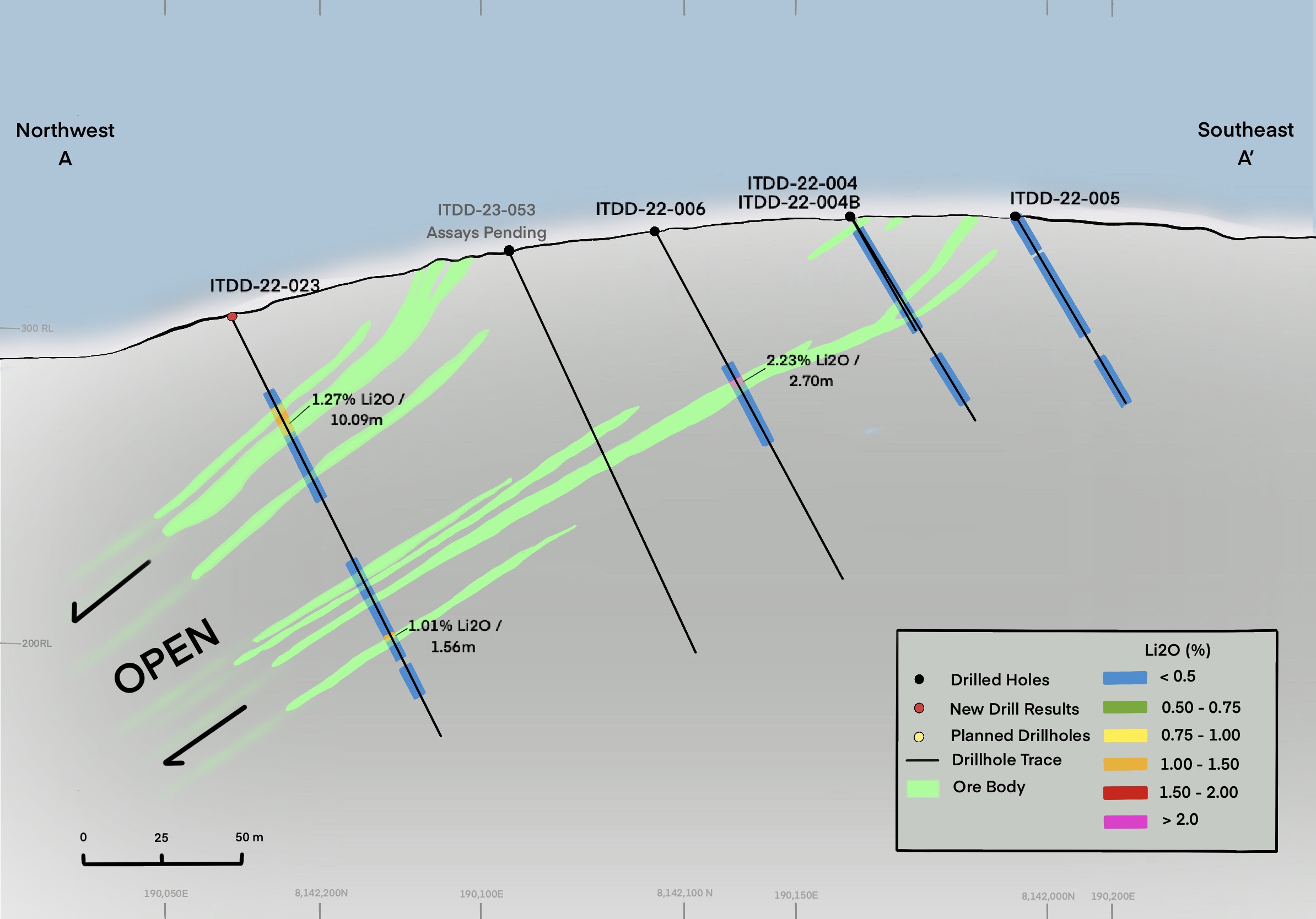 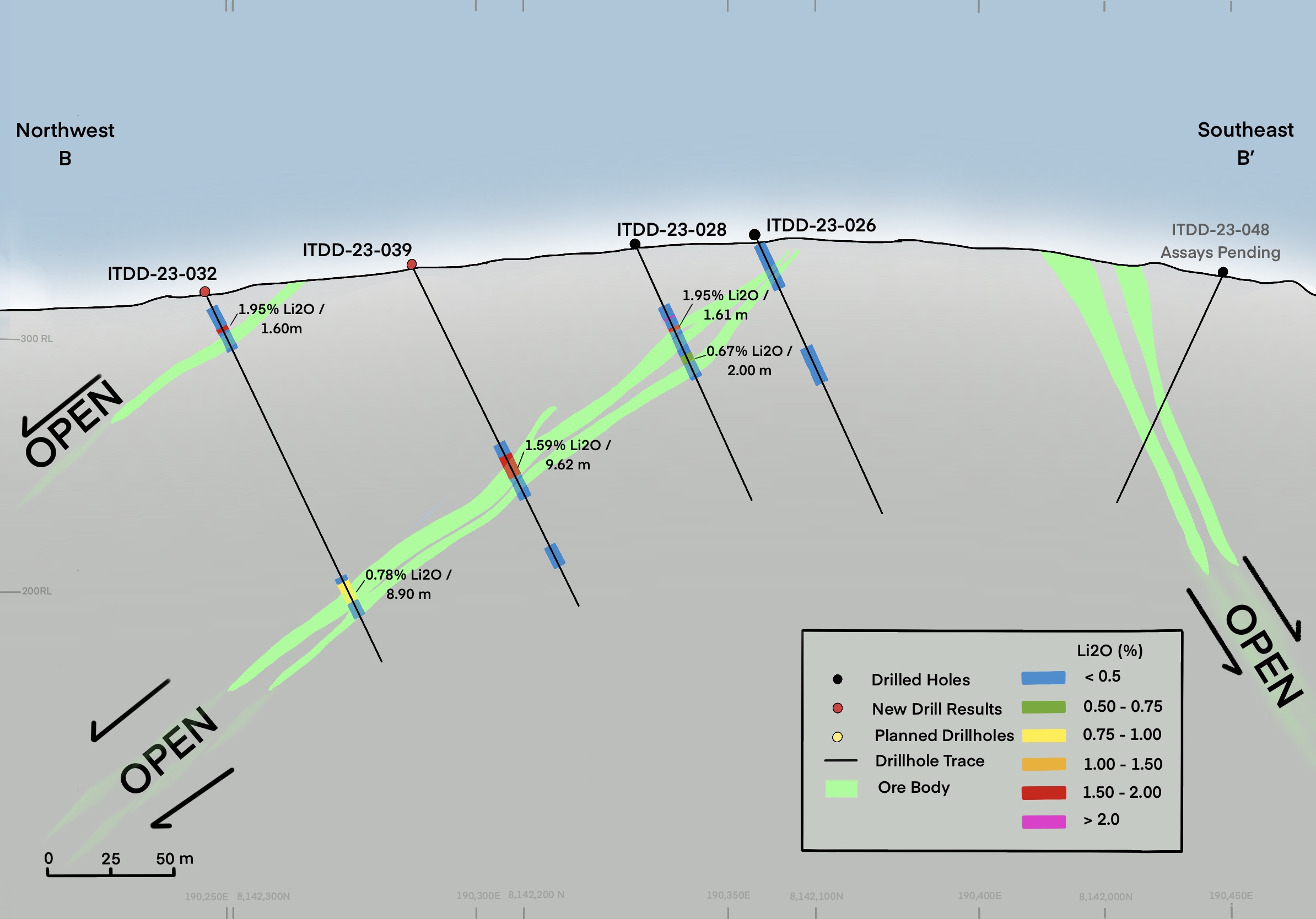 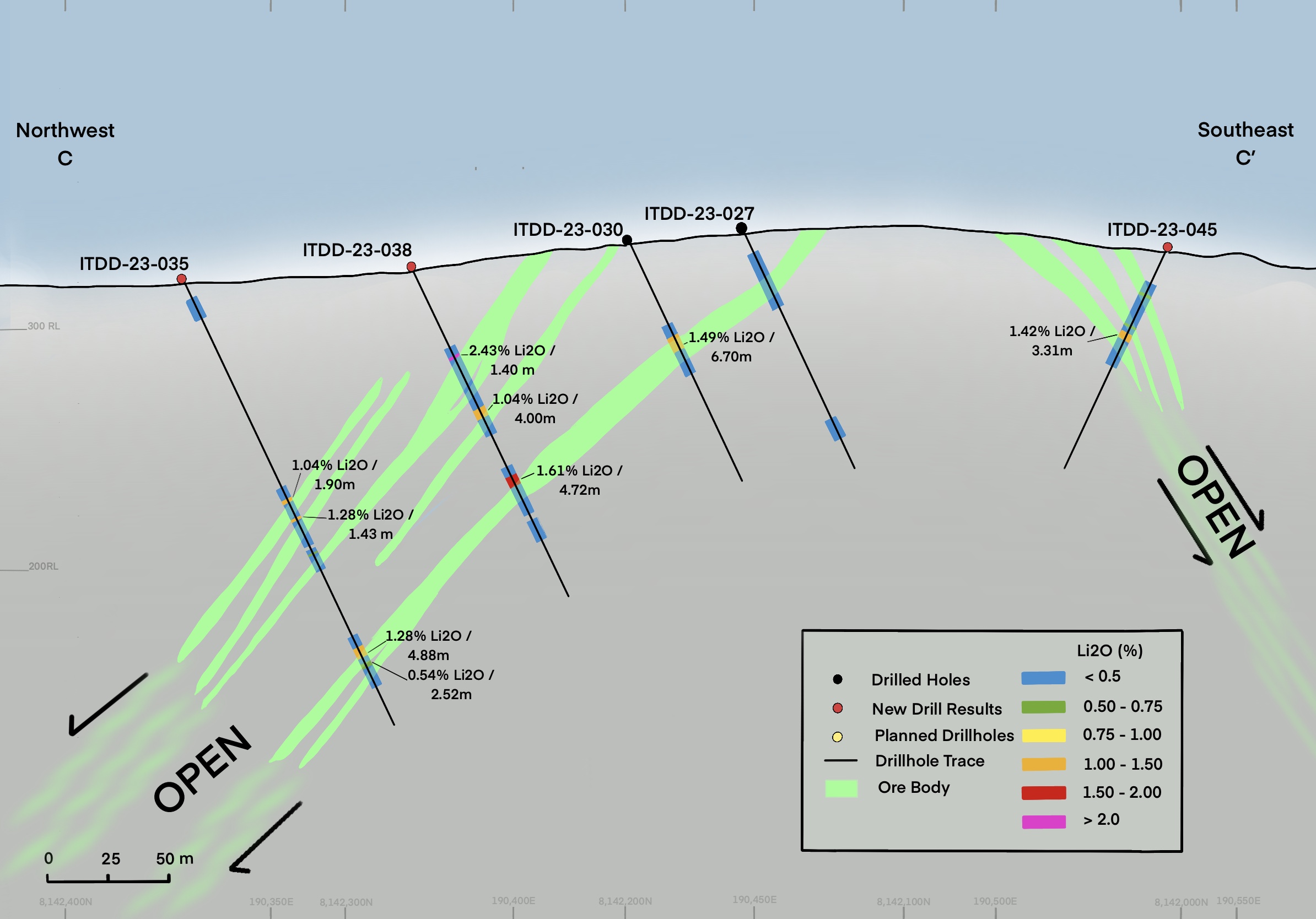 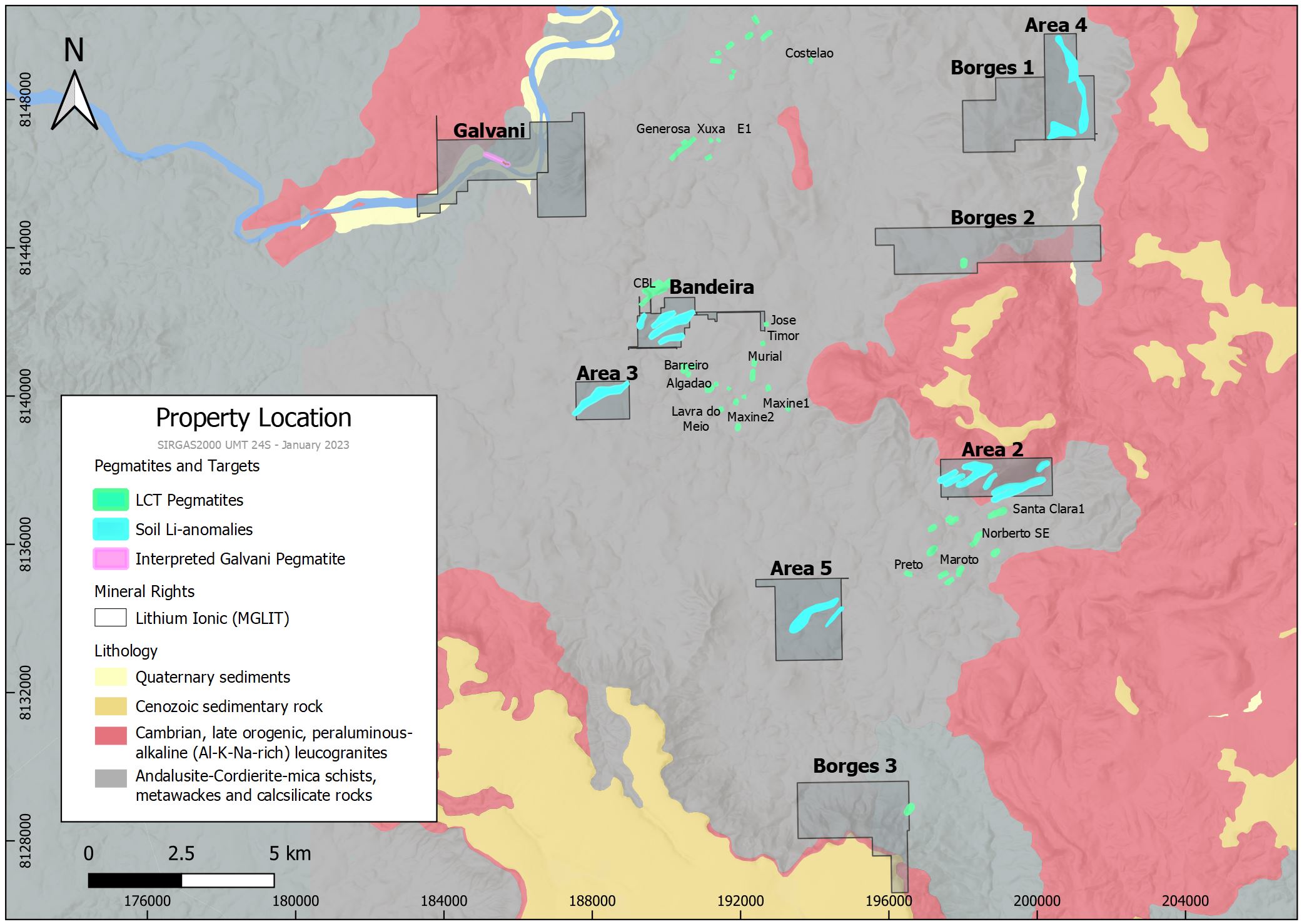 Lithium Ionic is a Canadian-based lithium-focused mining company with properties covering ~3,600 hectares located in the prolific Aracuai lithium province in Minas Gerais State, Brazil, which boasts excellent infrastructure, including highways, access to hydroelectrical grid power, water, and nearby commercial ports. Its Itinga and Galvani claims are located in the same district as the lithium-producing CBL mine and construction-stage Sigma Lithium Corp.’s large Barreiro and Xuxa lithium deposits.

During the drill program, assay samples were taken from NQ core and sawed in half. One-half was sent for assaying at SGS Laboratory, a certified independent commercial laboratory, and the other half was retained for results, cross checks, and future reference. A strict QA/QC program was applied to all samples. Every sample was processed with Drying, crushing from 75% to 3 mm, homogenization, quartering in Jones, spraying 250 to 300 g of sample in steel mill 95% to 150. SGS laboratory carried out multi-element analysis for ICP90A analysis.

The technical information in this news release has been prepared by Carlos Costa, Vice President Exploration of Lithium Ionic and Blake Hylands, CEO and director of Lithium Ionic, and both are “qualified persons” as defined in NI 43-101.

Neither the TSXV nor its Regulation Services Provider (as that term is defined in the policies of the TSXV) accepts responsibility for the adequacy or accuracy of this press release.

For inquiries or corrections to Press Releases, please reach out to GlobeNewswire.
✕
× Close Ad