Philip Dailey has been named Managing Director of The Mission Inn Hotel & Spa in Riverside, California 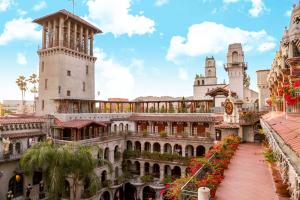 RIVERSIDE, CALIFORNIA, UNITED STATES, January 24, 2023 /EINPresswire.com/ -- Duane and Kelly Roberts, owners and keepers of The Inn announced today that Philip Dailey has been named Managing Director of The Mission Inn Hotel & Spa in Riverside, California. Dailey takes the helm of this iconic, AAA Four-Diamond hotel which has remained faithful to the grand style and ambiance enjoyed by its very first guests since 1876.

Dailey will oversee the day-to-day operations of The Mission Inn Hotel & Spa and continue to establish first class experiences, luxury service and long-term strategic planning and financial performance for the hotel.

Before his role at the SLS Hotel at Beverly Hills, Dailey spent six years with Hong Kong based Shangri-La Hotels and Resorts, serving as General Manager of Shangri-La Chiang Mai in Thailand where he was responsible for managing the hotel’s grand opening in 2007. During his tenure at Shangri-La, he served as General Manager of the Putrajaya Shangri-La in Putrajaya, Malaysia for four years and prior to that position served as Executive Assistant Manager for Makati Shangri-La in Manila, Philippines. Prior to his tenure at Shangri-La, Dailey spent over six years with Ian Schrager Hotels serving as a General Manager at Miramar in Santa Barbara, California and New York City’s Morgans Hotel. He also served as Executive Assistant Manager for the Delano hotel in Miami Beach, Florida. Throughout the early to mid 1990’s and late 1980’s, Dailey held leadership positions with Four Seasons Hotels & Resorts and The Ritz-Carlton Hotel Company, respectively. He began his illustrious hospitality career as a corporate management trainee with Hyatt in 1986.

“We are thrilled to have Philip join us at our iconic hotel,” said Duane and Kelly Roberts, owners and keepers of The Inn. “Philip brings a wealth of experience from luxury international hotels, as well as in-depth knowledge of operating special and unique hotels and resorts.”

“I am excited to be a part of one of the country’s most historic hotels and to infuse the hotel with new services, amenities, opportunities, and events. With current programs like the world class Festival of Lights we’ve got an outstanding reputation to build on,” says Dailey. “As a staple in the Riverside, CA area and a hotel of prime importance together with our future plans, I know The Mission Inn Hotel & Spa will inspire memorable experiences not only for our guests but for the local community too.”