Cheapskates or Brilliant Marketers? Dogfish Head Craft Brewery Breaks into the Big Game with One of the Year's Smallest Ad Buys 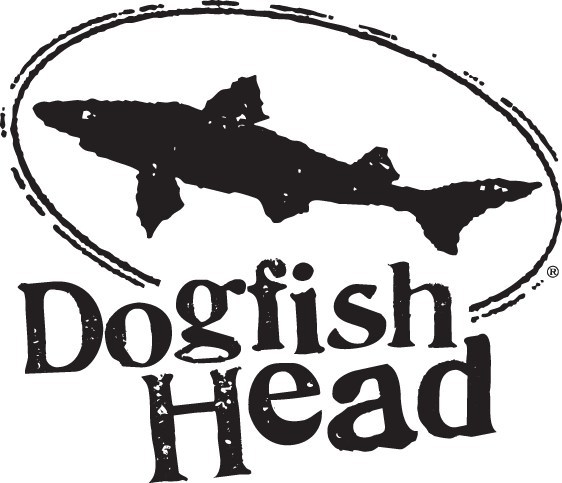 MILTON, Del., Jan. 24, 2023 /PRNewswire/ -- Bringing its off-centered ethos to the football field, Dogfish Head Craft Brewery sprints into next month's Big Game with one of the year's smallest ad buys. 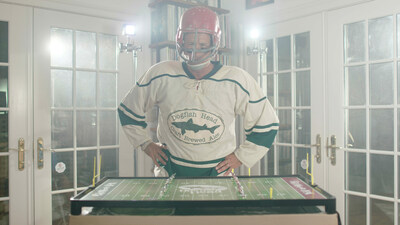 With some advertisers reportedly spending up to $7 million for a 30-second commercial during the Big Game this year, Dogfish Head is spending 1,000 times less.

Airing exclusively in the Delmarva (Delaware, Maryland, Virginia) area, a subset of the Salisbury Designated Market Area (DMA), which is ranked 137 out of 210 – and the region Dogfish Head calls home – the brewery's 30-second spot will cost just $7,000 to air.

Dogfish Head's spot – its first ever Big Game commercial – pokes a little fun at Big Game marketing hoopla, and instead of highlighting professional football, it highlights Electric Football. Featuring the brewery's Founder & Brewer, Sam Calagione, the commercial pays homage to his use of Tudor Games' iconic Electric Football game to invent the brewing method of continual hopping, from which the brewery's beloved beers, 60 Minute IPA, 90 Minute Imperial IPA and 120 Minute IPA, were born.

By rigging an Electric Football game over a brew kettle, Calagione was able to cascade hops into his beers at a consistent rate to create a lineup of IPAs that are outrageously hoppy, without being crushingly bitter. To honor this invention's impact on the craft brewing community, Dogfish Head's original continual hopping mechanism now sits in the permanent collections of the Smithsonian Museum.

"Throughout our 27+ years in business, our only game plan has been venturing off the beaten path, and this commercial, as well as our partnership with Tudor are perfect examples of that overarching passion for off-centered exploration," said Calagione. "From one of the smallest craft breweries in America to one of the smallest Big Game commercial spends, we felt it only fitting to air our spot featuring a tiny football game exclusively in our slight but mighty backyard, coastal Delaware. At Dogfish, we take what we do seriously … ourselves? Not so much."

Continuing its longtime relationship with Tudor Games, Dogfish Head recently announced its exclusive beer sponsorship of the "not-so" big game, the Electric Football World Championships. Slated for Saturday, Feb. 4, and Sunday, Feb. 5, the only weekend of the professional football season without any live games, the Electric Football World Championships is expected to draw elite coaches from across the country to battle for one coveted title. Taking place at Dogfish Head's Tasting Room & Kitchen in Milton, Del., the brewery will livestream the event's most anticipated moments on its YouTube channel for those unable to attend.

To complement the brewery's big game spot and sponsorship of the Electric Football World Championships, Dogfish Head will launch a custom beer-themed edition of Tudor Games' Electric Football game. Later this month, boards will be available at www.dogfish.com/shop for $110 each. Supplies are limited.

For more on Dogfish Head, visit www.dogfish.com. To learn about Tudor Games, check out www.tudorgames.com.

Dogfish Head has focused on brewing beers with culinary ingredients outside the Reinheitsgebot since the day it opened as one of the smallest American craft breweries more than 27 years ago. A Delaware-based brand and supporter of the Independent Craft Brewing Seal, Dogfish consists of Brewings & Eats®, an off-centered brewpub, Chesapeake & Maine®, a seafood and cocktail spot, Dogfish Inn®, a beer-themed hotel and Dogfish Head Craft Brewery®, a production brewery and distillery featuring the Tasting Room & Kitchen and Dogfish Head Distilling Co.® For more, visit www.dogfish.com.

Since 1949, Tudor Games has sold over 40 million Electric Football games, igniting the imagination of football fans young and old. Since buying the company in 2012, we have been re-imagining and re-designing Electric Football. Our amazing new products bring kids and adults of all ages together for healthy play. What could be more fun than that? 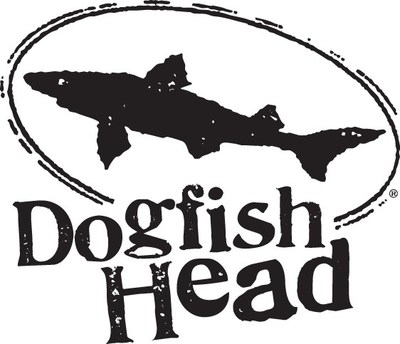