SAN DIEGO, Jan. 24, 2023 /PRNewswire/ -- Today national salmonella lawyer Ron Simon and San Diego law firm Gomez Trial Attorneys filed the first lawsuit against Jule's Foods and Organic Roots Temecula, Inc., a retail establishment that sold the contaminated product. The claims have been brought on behalf of three of the victims who consumed the contaminated brie and became sick with salmonellosis. The victims include a minor who was admitted to the hospital due to the severity of his illness, and two adults, one of whom continues to suffer the ongoing effects of salmonellosis. 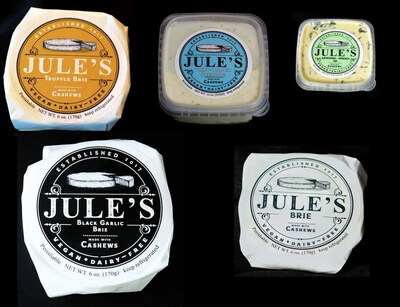 Cashews believed to be the source of the Jule's Cashew Brie Salmonella Outbreak that sickened at least 20 in 4 states.

In April of 2021, the FDA, along with CDC, state, and local partners, launched an investigation into a multistate outbreak of salmonella infections linked to the consumption of Jule's Cashew Brie, a vegan, or plant-based cheese alternative. On April 23, 2021, Jule's Foods of Carlsbad, California, conducted a voluntary recall of all varieties of Jule's Foods products.

On July 7, 2021, the CDC announced that the outbreak had been contained, having identified 20 illnesses in four states.  Two strains of salmonella, Salmonella Typhimurium, and Salmonella Chester have been linked to this outbreak. The illnesses of Salmonella Chester have the same genetic fingerprint as salmonella found in a sample of Jule's Cashew Brie collected by the California Department of Public Health (CDPH). According to the CDC, illnesses of Salmonella Duisburg and Salmonella Urbana have also been previously reported and are linked to this outbreak. Other strains of salmonella have been identified in raw and finished product samples and environmental samples but have not been linked to illnesses.

Based on FDA traceback investigation and sample results, the cashews used by Jule's Foods have been identified as the likely source of contamination in the Jule's Cashew Brie products. The FDA worked with the cashew supplier to ensure that potentially contaminated product was removed from the market and that the supplier implemented corrective actions.

A copy of the lawsuit is available on request.

Over the last 25 years, Ron Simon and his colleagues have prosecuted thousands of salmonella cases for victims across the United States.  His work has resulted in numerous upgrades in safety procedures at Fortune 500 companies and in legislation designed to protect consumers from dangerous pathogens.

Mr. Simon and his clients have been featured on NBC, ABC, CBS, CNN, FOX, and virtually all other major television networks and print media. Mr. Simon and his firm have collected over $700,000,000 for their clients. He regularly publishes articles about food safety and litigation at www.foodpoisoningnews.com which are read by viewers in over 180 countries. He also provides resources and information for those interested in salmonella at Jule's Cashew Brie Salmonella Outbreak Lawsuit Lawyer (ronsimonassociates.com).