A recent check of Tesla’s website showed lowered prices for both models, along with an offer of 10,000 miles of free Supercharging. The Model 3 now has an effective base price of $40,690, while the Model Y starts at $59,690. 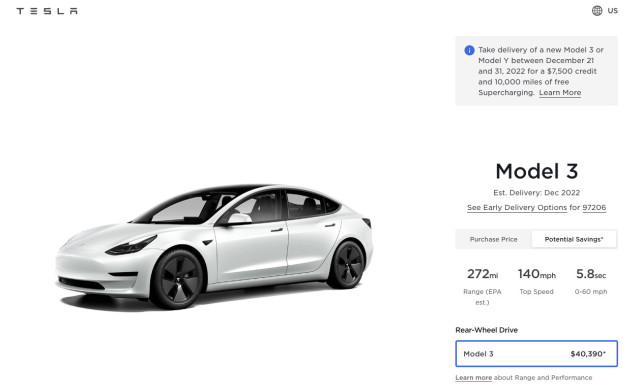 Before you pronounce these models a deal, you should consider that this comes after a series of painful price hikes on Teslas, including one in June that pushed the starting price of the Model Y past $67,000. A price hike in March had already left the Model 3 costing about a third more than a year earlier.

It’s also worth noting that $7,500 is potentially the maximum amount Tesla buyers might be able to claim as a federal EV tax credit next year—although there is no reason to believe that will be the amount that can be claimed for vehicles purchased or leased after January. That’s when revised tax credit guidelines are expected to render Tesla vehicles eligible for the American assembly and component portion of the credit but ineligible for the full amount. 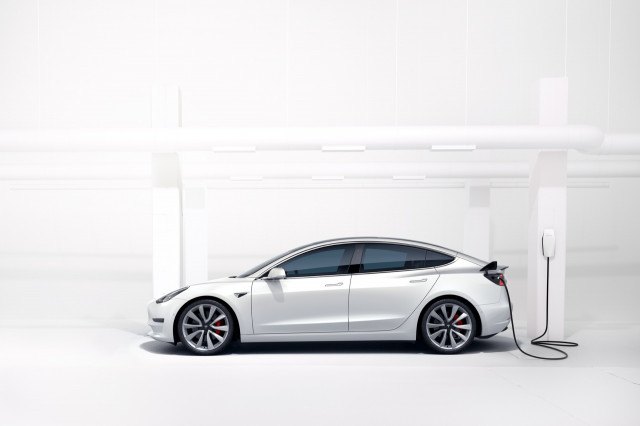 Despite supply-chain struggles, Tesla has managed to make and deliver a record number of vehicles this year. Company CEO drama aside, lagging demand, reportedly high inventory, and the need to maintain sales momentum might explain these discounts.

Tesla CEO Elon Musk has confirmed that a future smaller Tesla could cost half as much to make. But Tesla already is maintaining a profit margin from the sale of its EVs that leaves other automakers envious. Perhaps there is more room for Tesla to share the wealth?

Are women getting misleading advice on exercise? …

U of U professor leads families’ fight against Boeing

Utah man sent back to prison for 25 years to life …

‘What the elk’: Large herd of elk stops traffic briefly …

House Approves SB 16, Sends Back to Senate With Changes

“What the elk?” Herd crossing in Parley’s Way disrupts …

Utah police across the state warns of scam calls

Utah man sent back to prison for 25 years to life …

‘What the elk’: Large herd of elk stops traffic briefly …