Glickenhaus will contest its third consecutive season of the World Endurance Championship in 2023 with its 007 LMH race car, competing in the series’ premier Hypercar class.

Glickenhaus made the confirmation via a Twitter post on Tuesday, ending speculation the American team will be absent this season.

Glickenhaus said it will field a single 007 for the entire season, and its dealer partner HK Motorcars will field a second 007 exclusively in the 24 Hours of Le Mans. 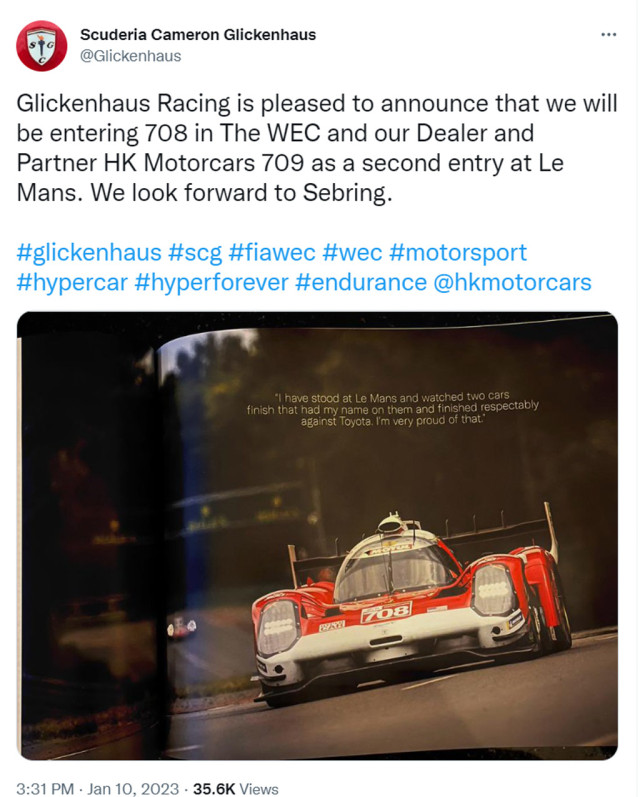 Glickenhaus first entered the World Endurance Championship in 2021, the first season for the Hypercar class. At the time, Toyota was the only other manufacturer with a LMH race car, the GR010 Hybrid. Alpine was also present, albeit with a grandfathered A480 LMP1 race car.

The team has seen little success in the sport, though it was looking good for a maiden win at the Monza round in 2022 until a failed turbo midway through the race ended any hopes of a victory.

In 2023, Glickenhaus will face much more competition than in previous years. Ferrari is set to join the fray with its 499P LMH, and Peugeot will be fully primed with its 9X8 LMH following its participation in a handful of races last season. The Hypercar class will also see the entry of multiple LMDh race cars in the new season from the likes of BMW, Cadillac, and Porsche. 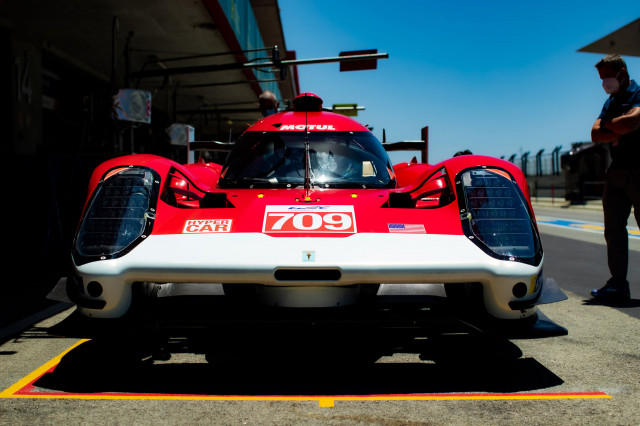 The Glickenhaus 007 is an in-house-designed race car powered by a bespoke twin-turbo 3.5-liter V-8 developed by France’s Pipo Moteurs. Glickenhaus has also revealed a related 007S hypercar designed for road use, though production will only happen if Glickenhaus receives a minimum of 24 orders.

Following a Prologue event at Florida’s Sebring International Raceway on March 11-12, the first round of the 2023 World Endurance Championship will kick off on March 17 with the 1000 Miles of Sebring.

Stuck in the deep freezer through midweek; Wind Chill …

Stuck in the deep freezer through midweek; Wind Chill …

Rallies in SLC and Memphis Call for Justice for Tyre …

One is dead from a bizarre crash in Sanpete County

The IUP Panel on the budget and HB215

The ACLU of Utah on the legislative session

Dozens of public swimming pools set to close in Salt …

Guns brandished during road rage incident on US-6 …